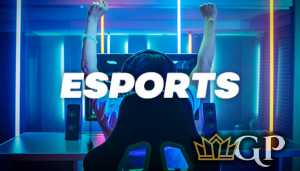 Weekend Sports Betting Schedule for the weekend of March 21-22. Sports betting odds at the online sportsbook.

Round of 32 NCAA Tournament betting action was supposed to grace televisions and airwaves over the weekend, but the COVID-19 pandemic in the United States took that out of the equation. With the NBA, NHL and MLB spring training also on hiatus, sports bettors have been left in limbo searching for things to wager upon. It’s gotten so bad that extreme marble racing and betting on simulated NBA, NFL and NHL games on XBOX and PS4 have actually become a thing. As ridiculous it seems, sports bettors are looking for stuff to wager on. Though much less attractive, here’s a look at this weekend’s offerings lined up and available to be wagered upon at online sportsbooks.

Soccer will continue to take center stage with the majors taking a back seat. Four fixtures are set to go through the weekend in Belarus – Vysshaya Liga action; FC Isloch will square off against FC Neman Grodno and FC Vitebsk and FC Gorodeya on Saturday, while Slutsksakhar Slutsk vs. FC Slavia Mozyr and FC Belshina Bobruisk vs. FC Minsk is lined up for Sunday action. Hong Kong FA Cup action also picks back up with Eastern Sports Club set to square off against Hong Kong Pegasus FC with the former currently installed heavy favorites to come out victorious. Also in action through the weekend is the Angola – Girabola Soccer League as well as Oceania Soccer with the Western Sydney Wanderers set to square off against Sydney FC as decided underdogs in A-League betting action from Bankwest Stadium.

Mairis Breidis will attempt to reclaim his world title on Saturday in his hometown of Riga, Latvia when he squares off against Yunier Dorticos in the WBSS cruiserweight final set to air on DAZN. Along with being coined the champ, the winner of the bout will also earn the Muhammad Ali Trophy. The 34-year-old is currently installed a -215 favorite to reclaim the title against “The KO Doctor” whose name is already etched on the trophy. "I'm really looking forward to the final," said Briedis, the tournament No. 1 seed. "It is fantastic for Latvia to be able to host an event of such magnitude. Millions and millions of eyes worldwide will be watching what's happening at the Arena Riga on fight night. It is going to be a thrilling fight as I'm facing one of the very best cruiserweights on the planet. The stake is so high and both of us are only looking for one thing -- to win it all."

If you weren’t able to take in some E-Sports betting during the week, you might want to do so this weekend. With sports likely not to return for quite some time, E-Sports betting is likely to explode over the next few months with new eyes looking into it every passing day. More thrilling CS GO and League of Legends action is slated to go over the weekend, but the matchup to seriously keep track of is the one slated for Saturday afternoon between Seoul Dynasty and San Francisco Shock in Overwatch. These teams were originally supposed to lock horns in early March, but concerns of the coronavirus sweeping through South Korea delayed those plans. The matchup is back on the table now that all matches will be played online and be able to seen on the Overwatch League’s YouTube channel. Check it out, as E-Sports can feed your betting craving until the NFL returns later in the year!

If in the mood to wager on some hard-hitting action, take a look at the Rugby fixtures set to go with the Melbourne Storm going up against the Cronulla Sharks and Newcastle Knights squaring off against the Wests Tigers on Saturday. The Paramatta Eels and Gold Coast Titans will close National Rugby League action out on Sunday. Five matchups are also set to go down in Aussie Rules Football with the Port Adelaide Power locked in as the biggest betting favorite of the weekend. Per usual, there are plenty of futures odds on the board that can be wagered upon right now. In the mix are politics odds, odds to win the World Series as well as AL and NL pennants, odds to win the French Open for both the men and women; last but not least, odds to win Super Bowl LV as well as both the NFC and AFC. Good luck with whatever action you decide to get down on this weekend; be safe!