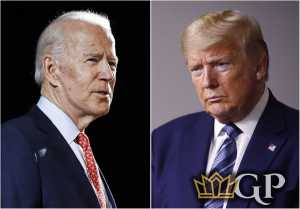 If you believe the fake news media and the inaccurate polls you might think that the 2020 U.S. Presidential race is over. Before you put Biden in the White House you might want to remember what happened four years ago. Let's look at 2020 Election odds.

If you believe the fake news media and the inaccurate polls you might think that the 2020 U.S. Presidential race is over and that Joe Biden will win easily. Before you put Biden in the White House you might want to remember what happened four years ago. The media and the pollsters were predicting an easy Hillary Clinton victory four years ago and yet Trump won and he won pretty convincingly. The media, the polls and even the oddsmakers could be making the same mistake again. There is no question that the betting value in 2020 U.S. Presidential odds is on President Trump. Let’s look at 2020 U.S. Presidential odds and what is likely to happen on November 3rd.

It is important to remember that the U.S. Presidential election will be determined by the Electoral College and not the popular vote. Just because Joe Biden gets a lot of votes in California and New York does not mean he will win the election. Each state in the United States is assigned a certain number of electoral votes and a majority of 270 votes is needed to win. The winner of each state gets all of that state’s electoral votes. For example, Trump won by just 2.2% last year in Florida but got all 29 electoral votes. The United States has had five Presidents who lost the popular vote but won the election.

What this means is that the 2020 U.S. Presidential election will be decided by a handful of states. There are also two states, Maine and Nebraska that use a different system of deciding some of their electoral votes and we’ll get to those two states in a moment.

Not many people have considered the possibility of a 269-269 tie in the Electoral College, but I think you can make a case for a tie and it is not farfetched at all. There are some battleground states, but we’ll say that Trump wins Ohio and Florida and that he pulls out Pennsylvania. Let’s say Biden pulls out Arizona and Nevada. That would give Biden 269 and Trump 267. If Trump ends up winning the one Electoral vote in Nebraska and the one in Maine then it is a 269-269 tie. You might not be aware that Trump was in Nebraska this week for a campaign stop because that one electoral vote from Omaha may be critical.

What happens if the Electoral College ends up tied at 269? The Democrats control the House and the House decides the winner, but the winner is not decided by the number of representatives, it is decided by one vote per state. Republicans control 26 delegations, while Democrats control 24. It should be noted, however, that it is the newly elected House that gets to decide things. If the Democrats gain a delegation it could end up 25-25. There is no constitutional provision for breaking a tie in the House of Representatives. The House would have to keep voting until they chose the President. It would be disarray like nothing the United States has ever seen. Considering everything that has happened in 2020 can you really discount this possibility?

The question for bettors is what to bet in advance of November 3rd. The value is completely on Trump at +163. You can make a strong case that Trump should be favored in the betting odds, but the fake news and liberal media has distorted the polls and given the election to Biden. The reality on the ground is that Trump is doing well with voters. Betting on Trump to win at +163 is the way to go. You may also want to bet some of the Electoral College win margins with a couple of flyers on Trump to win big and one on the smallest margin or a tie. One other bet to consider, and one that almost no one is considering, is to take Trump to win the popular vote. If the polls are completely wrong again then Trump might just win the popular vote and shock everyone. The +548 on that bet it might be worth a flyer.