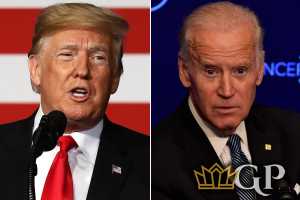 The polls and the election odds continue to move toward President Donald Trump in advance of the U.S. Presidential election in November. What was once a solid lead for Biden in the polls has almost evaporated and the betting odds are close to a pick. I said some months ago that the odds were completely overvalued in favor of Joe Biden and while much of the value is gone, there is no question that the odds are still overvalued. Let’s look at the latest 2020 U.S. Presidential odds and some of the latest polling data.

Could it be that even the polls are starting to figure out that Trump is doing better with the public than Biden? Almost every single poll is extremely tilted in favor of the Democratic candidate, but one poll that has been a little fairer is the Rasmussen Reports weekly survey. Their latest poll found that Trump actually has a 1-point national lead over Biden. The Rasmussen poll is the first national poll that has Trump in the lead since the beginning of July. Trump has had good things to say about the Rasmussen poll in the past and he has good things to say about it this time as well.

“Great, Just Out! 51% Approval Rating in Rasmussen Poll. 95% in Republican Party. Stock Market up BIG today. Will I ever be given credit for the Markets and Economy? Next year will be BIG!” Trump said on Twitter.

The Rasmussen Poll is considered to slightly favor Republican candidates but not by a large margin. Researchers said that the Rasmussen Poll has leaned Republican by just 1.5% in the past. That is definitely different than some of the other major polls which substantially lean toward the Democratic Party.

There is no question that the latest polling numbers are moving toward Trump. It was just last week that the Rasmussen poll showed Biden with a 2-point lead over Trump. The national polls that are left-leaning still don’t show Trump with the lead, as Biden still led Trump by just over 6 percent. Those poll numbers are almost worthless, as there is no question that polls by NBC, CBS, ABC, CNN and almost all other media outlets are heavily tilted in favor of Democrats.

What we have learned based on history when it comes to the polls is that national polls are more accurate than state polls. Four years ago, when Trump defeated Hillary Clinton, the national polls were pretty accurate. Clinton did win the popular vote four years ago, but it was Trump winning the Electoral College. That scenario could happen again, although the national polls are tightening. The state polls are the ones that have been unreliable in recent elections. National polls are used to look at the overall opinion of voters, while state polls are supposed to look simply at which candidate will win the state. The problem with the state polls is that they don’t accurately reflect the situation on the ground. If you look at states like Pennsylvania and Florida, two key battleground states, the polling numbers give Biden the lead over Trump. Those same polls gave Clinton the lead over Trump four years ago and we know what happened. Some of these state polls actually show Trump trailing Biden in Texas. Those polls are simply garbage, as Texas is not going to vote for Biden over Trump.

When you look at the latest polls keep in mind that polls have become less reliable in recent years. The 2020 U.S. Presidential election is unlike any other in history because of the pandemic, the rioting, etc. It should also be noted that there is still 45 days until the election and history has shown a lot can change in just days, let alone in a month’s time.