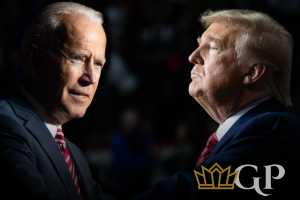 When you think of the upcoming 2020 U.S. Presidential election do you think of the 2016 election? Do you remember what happened four years ago? Almost all of the analysts gave Donald Trump anywhere from a 1% to 15% chance to become President. What do you think those same analysts are saying today?  Many of them say that Trump’s chances of winning re-election are 7%. Will the same thing that happened four years ago happen again in November?  Let’s look at the latest U.S. Presidential odds and examine this question.

If you look at all of the statistical models out today, there are none that give Trump even a 20% chance of winning. The current betting odds are not nearly that pessimistic. Biden is listed as a -180 favorite to win in November, while Trump is listed at +149. Why are the models so heavily in favor of Biden? These models made a huge mistake four years ago when they predicted a win for Hillary Clinton. It could be that the models are making the same mistake again.

If you look at what has happened in the last few months you can see a huge mistake by the models. Trump was given about a 54% chance to win in March and now his chances of winning are at just 7%. There is simply no way that Trump’s chances of winning could have dropped so much in such a short period of time.  Models are biased in favor of the Democratic candidate, so they have to be taken with a grain of salt.

It is important to remember that much of what we know about Trump and Biden was known back in March and nothing has really changed in terms of the two candidates. What have changed are the economy and the country. While those changes have been negative, it is hard to believe that they have improved the chances of Biden by such a huge margin. The reality is that the models are wrong. Biden may very well be ahead in the polls, but we really don’t know. The polls are so bad that they are impossible to trust.

If there is one thing that Trump should stop doing it is tweeting. He can be his own worst enemy when it comes to saying things. He recently tweeted that perhaps the November election should be delayed due to the COVID-19 pandemic. It was a major mistake, as it immediately raised red flags around the country, and markets went down and Democrats went on the attack. There is no question that mail-in voting could be a huge problem and rife with corruption, but talking about delaying the election was simply stupid.

What Trump should already know is that he has no power to delay the Presidential election, as that power resides with Congress. Trump has no way to change the date of the election, so there is no reason for him to be talking about it. The U.S. Constitution requires congressional elections to be held every two years. Those elections must be held and that means the Presidential election must be held in 2020. The United States has never, and I repeat never, delayed a Presidential election. It didn’t happen during the Civil War, during the Spanish Flu epidemic in 1918-1920 and it didn’t even happen during World War II. Presidential historian Michael Beschloss said in a tweet that "Delaying 2020 election would violate American law."

If there is no Presidential election then Trump would not be President on January 20, because his four year term expires on that date. It would then be the Speaker of the House who is President but if Congressional elections are not held then Nancy Pelosi’s term would end on January 3 and it would be Senator Chuck Grassley who would be the acting President according to the law because he is the president pro tempore of the Senate.