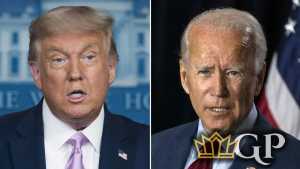 Expect More Leaked News on Trump and Biden in the Next Two Months - 2020 U.S. Presidential Odds at Top Online Sportsbooks

If you haven’t gotten numb to the continual news about the 2020 U.S. Presidential election then you may want to brace yourself. With just under two months to go before the election there will be supposed bombshells that come out against President Donald Trump and challenger Joe Biden on a regular basis. Just this past week it was Bob Woodward’s book getting attention from the media. Whether or not it means anything is another story. Let’s look at what to expect and the latest 2020 U.S. Presidential odds.

The media is overwhelming voters in the United States on a daily basis with a barrage of stories about President Donald Trump. Almost every single one of the stories is negative. There has never been a president in history who has received more negative press than Trump. If you think that you have heard the last bombshell about Trump then you are fooling yourself. There will be more accusations and lies about Trump coming out on a nearly daily basis. The latest one revolves about what Trump said to reporter Bob Woodward. The Washington Post released audio of Woodward talking to Trump. The statement that got the most attention was one that had Trump downplaying the coronavirus. What people may not realize is that what Trump said to Woodward is nothing new. Trump didn’t want to create a panic so he downplayed the virus. Trump actually took immediate action and cut off flights from China and created the task force that you saw on television on a nearly daily basis in the early days of the pandemic.

The latest story about Trump downplaying the virus is really nothing new, but the media has gotten all excited, as they see something else that can damage Trump. The President wrote that nothing he said should come as a surprise. “Bob Woodward had my quotes for many months," Trump wrote. “If he thought they were so bad or dangerous, why didn’t he immediately report them in an effort to save lives? Didn’t he have an obligation to do so? No, because he knew they were good and proper answers. Calm, no panic!"

The people in the United States are divided when it comes to the virus. Many people are still afraid and wear a mask, but just as many people realize that the virus is not much different than the flu and hate wearing masks.  Trump said correctly that he is a leader and that he has to show strength.

What does the latest supposed bombshell mean in terms of 2020 U.S. Presidential odds? The reality is that it means very little. Most people who are going to vote in the upcoming election have already made up their mind. There are simply very few undecided voters. Trump is one of the most polarizing figures in recent history. People either love him or hate him. Trump won the election four years ago in large part because people didn’t like Hillary Clinton. If he loses this time around it will be because people don’t like him. It really might not be any more complicated than that. The upcoming bombshells that the news media will get all excited about won’t move the odds much.