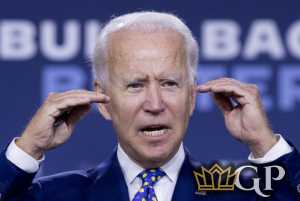 Current 2020 U.S. Presidential odds have Joe Biden listed as a -170 favorite against President Donald Trump.  Are those odds overvalued in favor of Biden? The media is extremely biased in favor of the Democratic Party so most of what the mainstream media puts out in the news is a lie. People don’t like to hear that they are being lied to, but the facts are that the media is extremely liberal. Other than Fox News, the major media outlets in the United States are so far left that they simply are incapable of telling the truth. There has never been so much bias in the media in United States history. What that means is that the current election odds may be incorrectly shaded toward Biden. Let’s examine this a little bit and look at how the dollar is impacted by election odds and if Biden is actually capable of being President.

Election Odds Impact the Value of the Dollar

You may not be aware that the U.S. Dollar is greatly impacted by who is President of the United States. TD Securities, an investment bank in Canada, said that the Dollar is clearly impacted by who is in office and that means the current election will decide what happens to the Dollar. If Trump wins re-election then the Dollar is likely to remain strong, but if Biden wins the 2020 U.S. Election it is a virtual certainty that the value of the Dollar will fall. Some people don’t like Trump, but there is no debating his business knowledge and there is also no denying the fact that he helped create the greatest economy the world had ever known before the pandemic hit in March.

"The USD has benefitted significantly from President Trump’s policy mix of aggressive fiscal stimulus at home and trade protectionism abroad. This could come to an end if a Democratic president is elected," says Valentin Marinov, Head of G10 FX Research & Strategy at Crédit Agricole. The value of the Dollar has fallen from a high of 103 on the Dollar Index, a measure of the Dollar’s performance, to 93.

"The argument is that a potential Democratic Presidential victory or even clean-sweep would pave the way for higher U.S. corporate taxes and a greater scrutiny of tech firms that have been heavily responsible for driving U.S. stock market gains,” said David Bloom, Global Head of FX Research at HSBC. “This could see a reversal of U.S. equity outperformance relative to elsewhere, prompting outflows and weakening the USD,"

Biden’s Competence and History are Against Him

Biden is the favorite in current election odds, but should he be? Biden doesn’t appear competent and history is also against him. Since World War II, there have only been three incumbent Presidents who were not re-elected. Those were Gerald Ford, Jimmy Carter and George Bush Sr. In all three cases, the U.S. economy had gone through a recent recession.  Will voters hold Trump responsible for the current U.S. recession or will they simply blame the pandemic?

What happens if there is a vaccine for COVID-19 before the election and the economy rebounds? You can bet that election odds will start to favor Trump if that happens. Some bettors are starting to believe that could happen, as recent wagers have come in on Trump to lower the current election odds.

Another factor that could be pointing bettors toward Trump and away from Biden is the fact that Biden is simply incompetent. Biden’s mental abilities are being questioned on a regular basis and almost every time he speaks he makes some sort of gaffe. There are usually three Presidential debates before a U.S. Presidential election, but Democrats are in terror that Biden will say something during the debates that will doom his candidacy. They are trying to come up with some way to get Biden out of the debates.

The problem for Democrats is that they are stuck with a 77-year old candidate who looks extremely feeble. Will voters actually support a candidate who can’t even handle simply questions? Biden is one of the worst candidates in recent memory and a candidate who has always failed in past Presidential runs. The Democratic Party has done their best to keep Biden in the basement and out of the public spotlight, but eventually he has to come out and talk. When that happens the current Presidential odds will likely move toward Trump.

Despite what the mainstream media tells you, the 2020 U.S. Presidential race is not one-sided in favor of Biden. Perhaps Biden will indeed win if the United States population believes all of the lies, but there is no question that Biden’s election odds are overvalued. There is also no question that there is a big enthusiasm gap between Republicans and Democrats. The Republicans are extremely passionate about backing Trump, but is there anyone who is excited about voting for Biden? Keep that fact in mind when you make bets on the 2020 U.S. Presidential election.