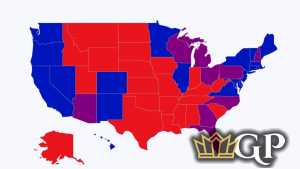 As you notice the latest 2020 U.S. Presidential odds, and the latest polls, you might think that Joe Biden is a lock to win the election against Donald Trump. Before you put Biden in the White House you should remember what happened four years ago.

If you have noticed the latest 2020 U.S. Presidential odds, and the latest polls, you might think that Joe Biden is a lock to win the election against Donald Trump. Before you put Biden into the White House you might want to remember what happened to Hillary Clinton four years ago. Almost every single poll four years ago and the betting odds had Clinton winning the election easily. Could the betting odds and the polls be wrong yet again?  Let’s examine the odds and the polls with less than three weeks before the election.

You would think that after what happened four years ago that people would be skeptical of polls, but most media pundits still are touting the polls. At least one major pollster, John Zogby, is questioning the major polls. “It’s closer than you think,” said Zogby to the media. Zogby has Biden leading Trump by just two points, while almost all other polls have Biden leading by double-digits. Zogby said that most polls include too many Democratic voters.

Zogby is an admitted Democrat and he is worried that polls are not accurate. “Now some of the polls that have come out, I find troubling,” he said to the media, “I’m a Democrat,” but “I just don’t think the sampling is accurate.”

Zogby said to the media that the polls are biased.  “If you live in an area, and you live in an echo chamber, and most of your friends think a certain way, a lot of times the echo chamber effect is that you tend to project, ‘How could people think such a certain way, clearly, for example, the president is out of mind, and he’s bad for this country, he’s bad for the world, so of course people are going to turn out in droves for Biden.’ I’m afraid that that’s what’s happening, a projection of bias in the data,” he said.

John McLaughlin, of McLaughlin & Associates said to the media recently that the polls are deliberately inaccurate.  “The latest skewed media polls must be intentional. It’s clear that NBC, ABC and CNN who have Democrat operatives like Chuck Todd, George Stephanopoulos and other Democrats in their news operations are consistently under-polling Republicans and therefore, reporting biased polls.”

Youngstown State University political science professor Paul Sracic was convinced by the polls four years ago that Clinton would win Pennsylvania. Those same polls show Biden winning the state this time around.  What is oftentimes forgotten is that for Biden to win Pennsylvania and the national election, younger voters must show up and vote. There is no doubt that Biden’s edge over Trump is with younger voters. What is oftentimes forgotten in Pennsylvania and in other battleground states is the fact that Republicans have more registered voters than they had in the past. In Pennsylvania, Republicans have added nearly 200,000 more registered voters. It should also be noted that 276,648 people bought a gun for the first time this year in Pennsylvania and we know that gun owners normally vote Republican.

Four years ago Wisconsin was thought to be a lock for Clinton, but Trump won the state. Polls showed that Clinton had a 5.9% lead going into the election. Trump ended up winning the state by almost a full percentage point. Wisconsin was not the only state where the polls were way off. The same thing happened with Iowa where the polls were off by more than 6% and with Ohio where polls were off by more than 6%.

If we look at some of the latest polls then this race might come down to Ohio and Pennsylvania. Trump will also have to take Florida to have any chance to win, but considering the latest polls that have the race in Florida nearly even, you have to think Trump will win Florida. If Trump loses Wisconsin this time around then he may need to win Pennsylvania to win the election. There is actually a path where Biden and Trump could each end up with 269 electoral votes which would mean a tie. If that is the case the race would go to the House of Representatives, but it would not be based on members, as it would be based on a vote by each state and in that scenario, Republicans have the edge.