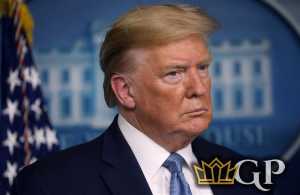 The 2020 U.S. Presidential odds have moved toward President Donald Trump in the last week. Part of the reason that the odds have moved toward Trump is because of the Republican National Convention, but another reason that more people are supporting Trump is that people are tired of the rioting and looting going on in big cities. There is no doubt, even among Democrats, that Trump is a law and order President. Let’s look at the latest 2020 U.S. Presidential odds and also some history to consider.

The Democratic National Convention took place a week ago and former Vice President Joe Biden got no bounce at all in terms of the betting odds. In fact, the odds moved toward Trump. The odds have continued to move toward Trump during the Republican National Convention.  It wasn’t that long ago that Biden’s odds were approaching -200. The odds this week are close to a pick. I said over a month ago that the best time to bet on Trump was when his odds were more than +150. You can still get plus money on Trump to win, but there is not nearly as much value as a month ago. Recent polls still show Biden leading Trump, but as I have said many times, the polls have been very poor in terms of accuracy in recent years.

The current polls still have Biden with a solid lead, but the betting odds have the race as virtually a pick. If you dive deeper into the odds you will find that they are even more in favor of Trump than you might think. Let’s go back a bit first to give you an idea of what the odds tell us. Do you remember betting odds posted on who would be the Democratic Vice Presidential nominee?  The odds slightly favored Kamala Harris, but the number of bets on Harris was heavily tilted in her favor. She was getting nearly 40% of the action even though the odds on her -150 or less.

If you go back four years you will find that while Hillary Clinton was favored to win the 2016 Presidential Election, it was Donald Trump who received most of the bets. The odds were heavily in favor of Clinton winning the election, but bettors were taking Trump at about a 60% clip.

The latest odds have Biden listed as a -129 favorite, but Trump is now getting about 60% of the wagers. Does that look like 2016 to you? It might be even more pronounced because Biden is one of the worst U.S. Presidential candidates in history. If the Democratic Party had anyone who was capable, and who had good ideas, then Trump would probably lose this election. Biden is simply not a good candidate. The only thing that Democrats have is their hatred of Trump. They are counting on people hating Trump enough to vote him out of office.

The Democratic Party has hoped that turning the United States into a racist and lawless country would be a way to win the 2020 U.S. Election. It appeared that the strategy was a good one until the lawlessness got out of hand. Peaceful protests are something that people can get behind, but riots and looting are something that most people don’t want. Despite what the media is saying, people want security. The rioters and looters are not mainstream America and most people want to feel safe. It appears that people are finally waking up to the fact that they are losing their security. When people feel threatened they flock to security and they want law and order. If the 2020 U.S. Presidential election comes down to law and order then Trump is going to win and he is going to win big. There is still more than a month to go before the election and things can change, but the current odds and the mood of the country is moving toward law and order and that means a Trump win.