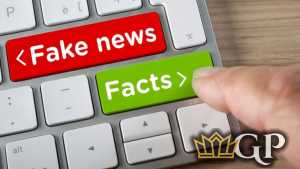 Never in the history of the United States have more lies been told than today. The major news networks, except for FOX, are nothing more than fake news organizations. Let’s look at the issue and 2020 U.S. Presidential odds.

Never in the history of the United States have more lies been told than today. The major news networks, except for FOX, are nothing more than fake news organizations. And that is not just my opinion; it is the opinion of almost all Americans. A recent poll of 20,000 Americans found that almost 75% of the people believe the media is biased. What this means is that you are not going to get the truth on the major media outlets; instead you are going to get lies. You might not think that it matters, but it is a huge deal, as the 2020 U.S. Presidential election is one where truth is taking on lies.  Let’s look at the issue and 2020 U.S. Presidential odds.

Love him or hate him, there is no denying that U.S. President Donald Trump has had more negative press than any President in U.S. history and it isn’t even close. Almost all of the media, except for FOX News, is extremely liberal and they frame everything in the news in a negative light surrounding Trump. The 2020 U.S. Presidential election will be one where the people have to get the truth from select media outlets and not most major outlets. People that watch ABC, CBS, NBC, CNN and MSNBC have been overwhelmed by lies about the United States, the virus, the riots, the protests, etc. Anything and everything that will make Trump look bad is what they have been feeding the American public for four years. The question is whether or not enough people have been brainwashed by the media for Joe Biden to defeat Trump in the 2020 U.S. Presidential election.

A new Gallup/Knight study shows that most Americans don’t trust the media. A poll of 20,000 people found that most of the media is thought of as fake. About 73% of Americans say they see bias in news reporting and more than 80% of those polled believe stories are inaccurate. 54% of the people think that reporters lie about the facts and 28% of the people believe the news media makes up facts.

You may already know this, but the numbers are staggering when it comes to what Republicans and Democrats believe. In the recent poll that was mentioned it showed that 71% of Republicans believe the media is biased while just 22% of Democrats believe the media is biased. You might think that younger people would have greater trust in the media, but that is not the case, as only 19% of people under 30 have a favorable view of the media. That compares to 44% of people 65 and older. Almost half of the people in the poll believe that the media is responsible for the country being divided.

While most Americans don’t trust the media and the attacks on President Donald Trump are nonstop, another factor sometimes gets forgotten. Trump is the most egotistical and confrontational President in U.S. history. Trump loves the United States and he is a great businessman and there is no doubt he helped create the greatest economy in history, but he can also be his worst enemy. Trump has to chime in on everything and that means the more the media attacks, the more Trump responds.  If Trump could simply keep quiet he would help his cause but there is nothing in his personality that tells us that is going to happen.

Perhaps the people in the United States are waking up to what is actually going on in the country, as the latest election odds have moved toward Trump. The more that Joe Biden and the Democratic Party talk, the more Americans find out what they really stand for. If voters are for more government, free money, less police, less law, no borders and no pride in America then they will vote for Biden. If they are for less government, a secure border, more police and more values, then they will vote for Trump. The question is whether the people of the United States have completely lost their moral compass and whether they want a socialist regime in charge. Perhaps people hate Trump enough that they don’t care what happens to the United States as long as Trump is out. We’ll find out in November which way people intend to vote.