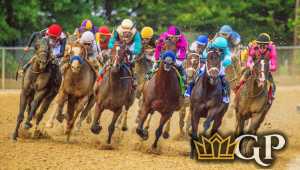 It has been a wild start to the summer of horse racing, with plenty of unexpected events complicating matters.

It has been a wild start to the summer of horse racing, with plenty of unexpected events complicating matters. It began at the Kentucky Derby, when pre-race favorite Omaha Beach dropped out and then winner Maximum Security was disqualified for a dangerous move during the race.

Country House was given the victory but now he won’t be on hand at the Preakness Stakes to try to defend that victory and push for the Triple Crown. Country House has been diagnosed with a respiratory infection that won’t allow him to compete. He wasn’t going to be the favorite anyway but there assuredly would have been plenty of action on Country House after the Kentucky Derby win. Maximum Security is also not going to run in the

Preakness, which means it could be a wide open field for the rest of the contenders.

The Kentucky Derby winner generally feels good about its chances in the Preakness and there is always a lot of attention paid to that horse, so it will be interesting to see which of the others takes advantage of the open competition in horse racing wagering.

We'll have horse racing odds vailable for every race of 2019.

The Kentucky Derby was rainy and that certainly affected the race, but there is not expected to be any precipitation for this group at the Preakness.

Improbable is coming in as the favorite. He finished fourth at Churchill Downs and has a good combination of talent and experience. Improbable’s trainer is Bob Baffert, one of the most famous names in horse racing, and he will have his horse ready to go in the Preakness.

War of Will is looked upon as the main contender to Improbable in this race. Maximum Security was disqualified for disrupting the path of several different horses at the Kentucky Derby, and War of Will was one of those unfortunate ones who had to adjust on the fly. War of Will and his crew is hoping to get a cleaner race in this one and prove his mettle at the Preakness.

Win Win Win was a chic pick at the Kentucky Derby but couldn’t get the job done, but will be hoping this location suits him better. Alwaysmining is a talented horse that could figure into the outcome, while Bourbon War is another horse that figures to be in the mix.

This is a dirt surface race that is 1 3/16 of a mile, so it will be interesting to see how that layout affects the field of horses. Secretariat has the track record with a time of 1 minutes, 53 seconds and that seems unlikely to be broken by this group.

The field is not as strong as the one at the Kentucky Derby, and considering that Improbable ran pretty well there, it is actually more likely than not that the horse defies its name and comes away with the victory in the Preakness Stakes in horse race odds.