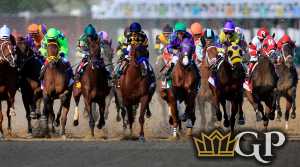 A huge curveball has been thrown the week of the Kentucky Derby, as the race’s favorite, Omaha Beach, has been scratched due to an illness. It’s rare for a horse to have to pull out this close to the race but his trainers felt like...

Omaha Beach was listed at +525 odds as the horse to beat and now the favorite is Game Winner, whose odds have gotten better without one of the most talented foes in the field. This was a crazy development just a few days before one of the biggest horse races in the world and it will be interesting to see which horse and jockey can take advantage and secure the victory in horse racing betting lines.

While no jockey wants to see another miss out on a shot at a Kentucky Derby crown because of illness or injury, there is no question this will help the chances of the other top horses in the field at emerging victorious. Omaha Beach wasn’t a huge favorite and may have finished outside of the top-3 anyway, but there will be no way of knowing for sure now and the others hope to take advantage.

Game Winner is one of three horses trained by Bob Baffert, who is a legend in the sport and is aiming for yet another Kentucky Derby victory. Game Winner was the runner-up at the Santa Ana Derby and thus has been instituted as the horse most likely to finish first in this one.

However, there are plenty of other worthy contenders. The odds for Tacitus have improved to +625, while Roadster and Improbable make up the other two horses with the best chance at winning the Derby.

Tacitus only has four races under his belt but has been steadily improving each time out. He hopes to follow in the footsteps of Justify, who dominated a year ago despite being green. Roadster had a breathing issue that has since been fixed and the hope for his team is that Roadster can duplicate a nice performance at Santa Anita and compete for the crown.

Hall of Fame jockey Mike Smith chose Omaha Beach over Roadster but has not been asked to go back to Roadster and is presumed to be sitting out the Kentucky Derby. The horse that replaces Omaha Beach is Bodexpress, although he is not expected to be among the contenders.

This was always setting up to be a wide open race and now it is even moreso with Omaha Beach and his jockey, Smith, no longer in the picture. There is no clear consensus on which horse will race the best, but Tacitus is an intriguing pick.

Experience may not mean that much in this race without a prohibitive favorite, and Tacitus is one of the most talented horses in the field. The Kentucky Derby should be an unpredictable race this year and Tacitus can take advantage by coming away with the win in horse racing odds.