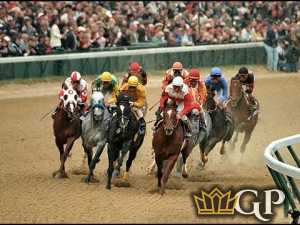 This year’s Breeders’ Cup Classic is going to garner a lot of attention. Not only is it a prestigious race, but this is one year in which it feels like a number of different horses have the capability to come out on top.

This year’s Breeders’ Cup Classic is going to garner a lot of attention. Not only is it a prestigious race, but this is one year in which it feels like a number of different horses have the capability to come out on top. McKinzie has been listed as the favorite but plenty of jockeys feel like they have the type of race strategy that can surpass McKinzie on the track. The Breeders’ Cup has a wide variety of races and the Classic will headline the entire weekend, so bettors will be paying close attention.

McKinzie has arguably the finest resume among all of the horses in the field, finishing in first or second in all but one race in his career. McKinzie is being jockeyed by Joel Rosario, who is a good choice but is riding the horse for the first time. It will be interesting to see if this change pays off or if the inexperience between McKinzie and Rosario ends up costing the duo the victory. McKinzie’s odds are listed at 345.

The horse expected to give McKinzie the biggest run for his money is Code of Honor, who comes in just a little bit behind at 425. This horse has serious experience, finishing in third place in the Kentucky Derby before taking some time off to get rested up. Code of Honor should be good and ready to roll in this one.

Vino Rosso is another horse that is projected to be in the mix. The odds for Vino Rosso are listed at 605. It makes sense for Vino Rosso to be among the favorites as he recently finished ahead of Code of Honor in a recent race, but was disqualified for bumping into his opponent. Despite the DQ, Vino Rosso proved he could go toe-to-toe with Code of Honor.

Elate and Yoshida are two of the other horses that are expected to be in the front of the pack. Elate has odds of 728 to win the Breeders’ Cup Classic while Yoshida comes in at 828. Elate has been trained expertly by Bill Mott heading into this race and should be at peak physical condition. Yoshida tends to start slowly and is often a strong finisher, but it remains to be seen if this race will be long enough to truly have him in the mix for the victory.

The longshots in this one are Seeking the Soul at 2577 and Math Wizard at 3088 odds. Seeking the Soul has definitely had some success throughout his career but has not done well of late and thus does not inspire much confidence.

Elate has seven wins and seven second place finishes, and she is a good choice in the Breeders’ Classic. The odds are fair and would pay off nicely. Elate has won three straight races at this distance, and while the competition in this race is harder, the length will be right in her wheelhouse. McKinzie is a worthwhile favorite and should be right there at the end but will fall just short.