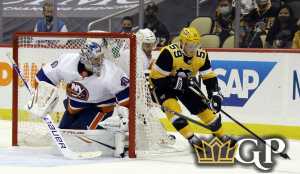 NHL Playoff best bets for the weekend of May 22-23 feature all of the remaining teams in action. I’ll look at all four of the matchups for Saturday and also consider one of the games on Sunday. Let’s look at this weekend’s NHL best bets.

NHL Playoff best bets for the weekend of May 22-23 feature all of the remaining teams in action. All of the games are on national TV with the two featured games on Saturday on NBC having the Penguins facing the Islanders, while the Golden Knights take on the Wild. I’ll look at all four of the matchups for Saturday and also consider one of the games on Sunday. Let’s look at this weekend’s NHL best bets.

This game takes place during the day on Saturday and I think it is always hard for the home team to play a matinee. This series was all Tampa Bay with the first two games at Florida, but I still think the Panthers are a good team and can make this series competitive. The problem for Florida is that their key players have not come through in the clutch. If the Panthers are going to get back into this series, they need Barkov to play like a great player and they need to find someone in goal capable of stealing a game. I’ll take the plus price on the Panthers on Saturday afternoon.

This is another matinee on Saturday afternoon and just like the previous game, I am going to take the road team. I don’t see much separating the Penguins and Islanders other than perhaps in goal, as the Islanders have the edge with Varlamov playing well. The Islanders don’t score enough goals to put teams away, so their games are almost always close. I’ll take the Penguins at plus money to get the road win in Game 4.

This is the one series where I don’t give the underdog much of a chance. Montreal doesn’t match up with Toronto, as almost all of the edges are with the Maple Leafs. This is a huge game in Canada, as it will be a Hockey Night in Canada broadcast on Saturday night. I can’t see any reason to back the Canadiens, despite the big price. Toronto should be fired up for a huge performance on Saturday night and I expect a dominant win.

The Golden Knights and Wild have been playing tight games and I have to admit that I am a little surprised that Minnesota has been able to hang with Vegas. The Golden Knights have gotten excellent goaltending out of Fleury and yet they have struggled to win games. I still think Vegas will find a way to win this series and if that is to be the case, this could be a key game. The price on Vegas will definitely be more reasonable on the road and I think this is a game the Golden Knights will win.

The Jets shocked the Oilers in Game 1, as it was shown that Edmonton is very capable of choking this series away. I think one thing that will help the Oilers is going on the road. They are facing a ton of pressure at home to win this series and it seems like Connor McDavid and Leon Draisaitl could do better on the road. I am still not sold on Winnipeg, as the only real edge I see them having in this series is in goal. If the Oilers are going to win this series, then I think this is a must-win game on Sunday. This could also be a game where the total is worth playing. The teams didn’t do much on offense in Game 1, but I expect things to open up with the series shifting to Winnipeg. The Oilers are very capable of exploding on offense and I expect them to get things going in Game 3. I will make two plays in this one and take the Oilers and the game over the total.