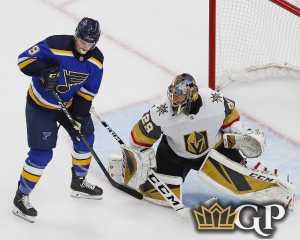 NHL best bets for the weekend of May 8-9 feature all of the top teams in action and some excellent NHL betting trends. We got back to our normal winning ways last weekend, as we went 6-3-1. Let’s look at this weekend’s NHL best bets.

NHL best bets for the weekend of May 8-9 feature all of the top teams in action and some excellent NHL betting trends. It is a huge slate of NHL games for Saturday, May 8, with 14 games on tap, including two matinees, while there are just two games on Sunday, May 9. We got back to our normal winning ways last weekend, as we went 6-3-1. Let’s look at this weekend’s NHL best bets.

If you have been following the NHL this season then you know that teams are playing within their division exclusively. This has meant that teams are oftentimes playing a set of games against each other. What has been happening in the second game of these series is that the games are lower scoring and they are going under the total. We have 11 of those games on Saturday.  The regular season is almost over and it has gone well for us with this system, so it is tempting to play very cautiously with Saturday’s big slate.

These teams met on Thursday so this is a system play. The Rangers have been scoring a lot of goals lately and Boston is a team that can score so this is a scary play, but we still take the under.

The Sabres have played well over the past month and this is not an automatic win for Pittsburgh. The Penguins are actually a decent team defensively and these teams met on Thursday so we’ll take the game under.

The Devils are not good defensively but the Islanders are excellent on defense and they get good goaltending. This is a system play, as the teams played on Thursday so that means we play the under.

The Flyers are just playing out the string and their defense has been awful of late so this is a scary play. The teams did meet on Friday so perhaps fatigue will be an issue. We’ll play the system and take the under.

The Red Wings and Blue Jackets are capable of playing good defense and neither team is that potent on offense. They met on Friday night so this is a system play that we take under the total.

The Canadiens have not played well of late and this could be a first round playoff matchup preview. It is always risky playing Toronto games under, but the teams met on Thursday, so we take the game under.

These teams met on Friday so it is another system play. The Wild have been scoring a ton of goals of late, so this is definitely a game that could go over, but it is a system play and that means we take the under.

This is definitely not one of our favorite games of the weekend, as the Oilers are a high scoring team and Vancouver seems to have packed it in for the season. This could get out of hand, but the teams played on Thursday and that means we take the game under the total.

The Blues and Golden Knights are likely headed for a first round playoff matchup so this is a playoff preview. Both teams are good defensively and they played on Friday, so this is a system play that we take under the total.

The Avalanche are probably going to finish in second in the division, but there is still time remaining in the season so you never know. The Kings are still playing hard and this could be a tight game. The teams met on Friday, so we play the game under.

The Coyotes have fallen apart and they are going to miss the playoffs and the Sharks were never a contender. This is an ugly game but the teams did play on Friday so it is a system play that we take under the total.