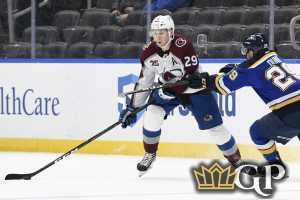 NHL best bets for the weekend of April 24-25 feature all of the top teams in action and some excellent NHL betting trends. We are coming off our first losing weekend, going 3-4-1, but we are still 26-11-1 over the last month. Let's look at NHL Best Bets.

NHL best bets for the weekend of April 24-25 feature all of the top teams in action and some excellent NHL betting trends. It is a big slate of NHL games for Saturday, April 24, with 11 games on tap, including two matinees, while there are a total of four games on Sunday, April 25. We are coming off our first losing weekend, going 3-4-1, but since one of those wins was a big underdog, it was pretty much a break-even weekend and we are still 26-11-1 over the last month.

If you have been following the NHL this season then you know that teams are playing within their division exclusively. This has meant that teams are oftentimes playing a set of games against each other. What has been happening in the second game of these series is that the games are lower scoring and they are going under the total. We have six of those games on Saturday and one on Sunday. We are also leaving two games out, as the Devils and Penguins are in the midst of a three-game set against one another, while Detroit and Dallas are in the midst of a four-game set against one another.

These teams played on Thursday so this fits into the system and both teams are excellent defensively. It will be interesting to see how Colorado plays after dealing with COVID. We’ll ride the system and play the game under.

These teams played on Thursday and they are both competing for first place in their division. This should be a heated contest and it fits into the system, so we play it under the total.

This is the exact same thing from the previous game, as the teams played on Thursday and they are each battling for first place in their division. We’ll take the game under the total.

This is a system play, as the teams met on Thursday, but I will tell you right now that playing Toronto games under is always risky. This game has all the looks of an over, but we don’t argue with a system that is rolling along, so we take the game under the total.

This is more in line with the type of game we like with two defensive teams playing one another. They played on Friday night, so both will be weary. We’ll take the game under the total.

The Canucks have played far better than expected after their COVID ordeal and they are scoring a lot of goals. This one is scary, but the teams played on Thursday, so it is a system play. We’ll go under the total.

We have two games on Saturday that we will be playing that are not part of the system. These teams haven’t played since Wednesday, so both are well rested. This series has been dominated by Vegas and they have owned the Ducks at the Honda Center, winning seven of the last eight including each of the last four. We’ll lay the price and take Vegas on Saturday night.

The Coyotes have not played since Wednesday and this has all the looks of a must-win game for Arizona. It is a good spot for them, as the Kings hosted Minnesota on Friday night so they come in with no rest. This is the other game on Saturday that is not part of the system, as we take the Coyotes to get the road win.

This is a system play since the teams met on Thursday, but it is a bit of a weird one, as the teams will have had two days off. We don’t argue with the system plays, so we take the game under the total.