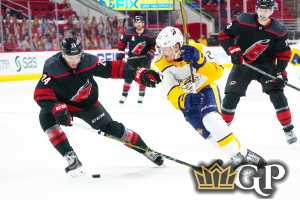 NHL best bets for the weekend of April 17-18 feature all of the top teams in action and some excellent NHL betting trends. We are coming off another good week, as we went 6-3 last weekend. Over the last three weekends we have a record of 23-7.

NHL best bets for the weekend of April 17-18 feature all of the top teams in action and some excellent NHL betting trends. It is a big slate of NHL games for Saturday, April 17, with 12 games on tap, including five matinees, while there are a total of six games on Sunday, April 18. We are coming off another good week, as we went 6-3 last weekend. Over the last three weekends we have a record of 23-7. Let’s look at this weekend’s NHL best bets.

If you have been following the NHL this season then you know that teams are playing within their division exclusively. This has meant that teams are oftentimes playing a set of games against each other. What has been happening in the second game of these series is that the games are lower scoring and they are going under the total. We have five of those games on Saturday and three on Sunday.

The Predators have been playing really well of late and have moved into a playoff spot, while the Hurricanes have one of the top records in the league. This is our first system play of the weekend, as these teams played on Thursday. We’ll go under the total.

This should be an intense matchup between two teams that are competing for first place. The teams met on Thursday, so this is a system play and that means we take the game under the total.

This is a scary one, as neither the Blackhawks, nor the Red Wings play a lot of defense, but it is a system play as the teams met on Thursday. We will follow the system and take the game under the total.

This is the only play for this weekend that is not part of the system and a rare occasion where we take a big underdog. This is a bad spot for Montreal, as they are playing their third game in four days and with no rest, as they were home against Calgary on Friday night. Ottawa is rested, as they have not played since Wednesday. It is always risky taking a bad team, but this is a great spot for the Senators, so we’ll take them at big plus money.

The Sharks were making a late playoff push, but they seem to have stalled out, while Minnesota is currently in third place in the West. These teams played on Friday, which means this is a system play. We’ll take the game under the total.

This is simply a must-win game for the Stars, as they are running out of time to make up ground in the playoff race. The Blue Jackets are already looking to next year and they struggle to score goals. These teams met on Thursday, so this is a system play and we take the game under the total.

The Penguins are competing for first place in the East, while the Sabres are looking to the future. Buffalo has played much better of late and this is not a sure win for the Penguins. This is a system play, as the teams played on Saturday, so we go under the total.

It is always a bit risky to take Anaheim games under the total, but the Ducks played much better defense in games against San Jose. Taking on the Golden Knights is a much different animal, but this is a system play, as the teams played on Friday, so we’ll go under the total.

The Avalanche are capable of scoring a lot of goals, but they are also an excellent defensive team. The Kings have been up and down, but they do have two good goaltenders. This is a system play, as the teams met on Friday, so we’ll go under the total.