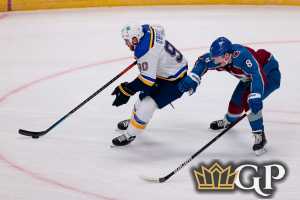 NHL best bets for the weekend of April 3-4 feature all of the top teams in action and some excellent NHL betting trends. We are coming off a perfect 10-0 with the NHL best bets from last weekend. Let’s look at this weekend’s NHL best bets.

NHL best bets for the weekend of April 3-4 feature all of the top teams in action and some excellent NHL betting trends. It is a big slate of NHL games for Saturday, April 3, with 12 games on tap, including three matinees, as the Penguins visit the Bruins, the Red Wings visit the Lightning and the Blackhawks are in Nashville to take on the Predators. There are a total of seven games on Sunday, April 4. We are coming off a perfect 10-0 with the NHL best bets from last weekend. Let’s look at this weekend’s NHL best bets.

If you have been following the NHL this season then you know that teams are playing within their division exclusively. This has meant that teams are oftentimes playing a set of games against each other. What has been happening in the second game of these series is that the games are lower scoring. We have six of those games on Saturday and five on Sunday.

You might think that playing Colorado games to go under would be risky considering the Avalanche have a great offense, but did you know Colorado leads the league in defense? The Blues are definitely a defensive oriented team and this game fits the system, as the teams played on Friday night. I will go under the total in this one.

These two met on Friday night, so this is another system play. The Kings are a defensive team that gets good goaltending, so they are always worth considering when it comes to the under. We’ll take the Sharks and Kings under the total.

The Sabres finally ended their winless streak on Wednesday getting a win over the Flyers. It is risky to take Buffalo games under the total, but this is a system play, as these teams met on Thursday. We’ll go under the total.

This is another system play, as the teams played on Thursday in Ottawa. This time around the game is in Montreal and on Saturday night. The Canadiens are definitely a team that focuses on defense, but it is always a risk to play Ottawa games under. This is a system play so we don’t argue and take the game under.

The Wild and Golden Knights met on Thursday night and now they meet again on Saturday night. This is a system play, but definitely a risky one, as the Golden Knights are a team that oftentimes goes over the total at home. Regardless, we’ll take this game under.

These teams played on Saturday, so this is a system play. The Lightning are one of the best teams in the league and they are capable of shutting down Detroit no matter who is in goal. We’ll go under the total.

This is yet another system play, as the teams played on Saturday. Both teams focus on defense, so this is definitely a matchup that should be low scoring. We’ll go under the total.

The Stars and Hurricanes played on Saturday, so this is another system play. The Stars have struggled to score goals, so they need to play good defense to stay in games. We’ll go under the total.

These two met on Friday night, so this is another system play. The Devils are a team that struggles to score, so this should be a low scoring game. We’ll go under the total.

This is the last play and another system play, as these two met on Friday night. This one is definitely scary, as neither team has been playing much defense, but we don’t argue with a successful system and play this game under the total.