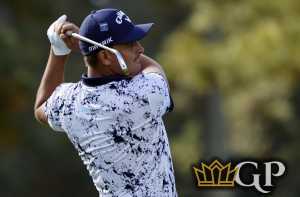 The second of two events on the European Tour this week is the South African Open where Christiaan Bezuidenhout is listed as the favorite at odds of 7-1. This is a co-sanctioned event on the European Tour and the Sunshine Tour. I got a nice win last week at the Alfred Dunhill Championship with Bezuidenhout winning at odds of 16-1. There are only two golfer this week listed at single-digit odds, as the other player listed at odds of less than 10-1 is Dylan Frittelli at odds of 9-1. Let’s look at South African Open odds and picks.

I liked the chances of Bezhuidenhout last week and he came through for us with a nice win but I can’t back him at this price to win in consecutive weeks. Maybe he doesn’t have a letdown, but it sure seems likely and there is definitely no value in playing him at this low price. I will look elsewhere.

Nothing really went well for Stone last week and he still finished in a tie for 23rd. I expect him to play much better this week and this field in South Africa is really not that strong. I give Stone a decent chance to contend.

I think it is only a matter of time before Nienaber gets his first European Tour win and why not this week at home. He comes in playing well and there is no denying his talent. He finished in a tie for 12th last week and he definitely wasn’t playing as well as he can. I’ll take him this week at odds of 16-1.

I have to throw the veteran in this week because this tournament is played in South Africa. He is an excellent putter and he knows his way around this course. I think he has a little value at odds of 20-1.

I really wanted to focus on South African players this week and another one to keep an eye on is Schaper. He is listed at odds of 30-1. He could have won last week if not for a collapse in the final round. He still ended up in a tie for second. If he can put last week behind him then I give him a good chance to contend this week and we get him at odds of 30-1.

The one player I am looking at who is not part of my South African contingent is Bland. Did you know that English players have won three of the last six South African Open’s? In fact, it has been a South African or an English player winning in each of the last six tournaments. Bland played well last week finishing in a tie for second and if not for a bad third round he very well could have won. Oftentimes when a player just missed out on a win the previous week, he does well the following week. I will take a shot with Bland doing just that at odds of 32-1.