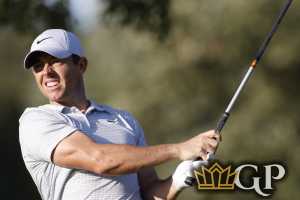 A strong field is assembled for this week’s CJ Cup at Shadow Creek. Three of the top four players in the world are expected to play so that means we will get Jon Rahm, Justin Thomas and Rory McIlroy teeing it up. Let's look at golf picks.

A strong field is assembled in Las Vegas for this week’s CJ Cup at Shadow Creek. Three of of the top four players in the world are expected to play so that means we will get Jon Rahm, Justin Thomas and Rory McIlroy teeing it up. Johnson is a slight favorite, but there is no much separating the top four odds in golf betting odds. Dustin Johnson withdrew from this event on Tuesday after testing positive for the virus. I am coming off a 2-3-1 week with the matchups at the Shriners. Let’s look at the matchups and picks for the CJ Cup at Shadow Creek

If you have followed my picks for the last couple of years you know that one of my favorite strategies is to go against Jordan Spieth in the matchups. It doesn’t even matter who is going against him, as I simply go against Spieth. I am doing it again this week and taking Cameron Smith.

One of the top players in the world over the last year has been Daniel Berger. He has a win and three other top five finishes in the last four months. He finished last season 15th in Strokes Gained: Tee-to-Green. Koepka is coming back off injury so we really don’t know what to expect, but I have a hard time believing he will be in top form. I will lay the price and take Berger.

I already noted how much I like Berger’s game and in this case we get him against Hatton. I can’t see anything other than a letdown this week for Hatton. He is coming off a win in the BMW PGA Championship and now he comes to Vegas to play this week. I expect that Hatton will have done a lot of celebrating and I can’t see him doing well this week. I will take Berger in this matchup.

I said in the odds preview that I don’t understand the lack of respect for Todd. He had an excellent season and there is no reason to think he can’t contend for the win this week. Lowry hasn’t really contended in a while and I don’t see that changing this week. I will take Todd in this matchup.

What has happened to Marc Leishman?  He has looked nothing like a top player in recent months and I don’t see him turning things around in Vegas. An has been solid, although not spectacular, in the last few months. I will take a solid player against Leishman this week, so I will lay the price with An.