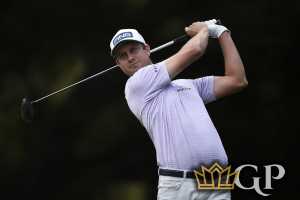 The last chance to see some of the top players in 2020 on the PGA Tour comes this week in Mexico at the Mayakoba Golf Classic. A surprisingly strong field is assembled for this event and it would have been even better except for a late withdrawal by World No. 1 Dustin Johnson. The field still includes World No. 3 Justin Thomas who is listed as the favorite. I am coming off a 4-3 week with the matchups at the Alfred Dunhill Championship on the European Tour. Let’s look at Mayakoba Golf Classic Matchup picks.

This course is short at just about 7,000 yards and it is all about accuracy. The greens are not hard to hit if you are in the fairway. Strokes Gained: Approach is a key stat to consider this week and obviously accuracy off the tee is also an important stat to look at. The greens this week are paspalum and they are a bit different than the greens the players are used to.

Byeong Hun An -120 vs. Rafa Cabrera-Bello

Joaquin Niemann -115 vs. Will Zalatoris

Thomas is the best player in the field and he comes in playing well with a number of top 10 finishes in his last few events. Koepka is a player to watch in majors, but he has yet to prove he is trustworthy in regular events. I think Thomas is the clear choice in this matchup.

English won this event in 2013 and he finished fifth last year. He has three top 10 finishes this season and I think he has a good chance to contend this week.  Finau is just as likely to miss the cut as he is to finish in the Top 20. He has played this event four times and missed the cut twice. I will take English in this matchup.

Kizzire won this event in 2017 and he comes in playing well with three top 25 finishes in his last three starts.  I am a little surprised at the price on this matchup, as I think Kizzire should be the clear favorite and I will take him in this matchup against Long.

Gay has made the cut in this event in all of his previous 10 tries and he won at Mayakoba in 2008. I see no reason he won’t play well again this week, so I will take him at the short price against Cook.

Conners has been playing well, with top ten finishes in his last two starts. He should thrive on this course, as distance is not a prerequisite for winning. Fowler is nowhere near the player he was a couple of years ago and is overvalued on a regular basis. I will take Conners in this matchup.