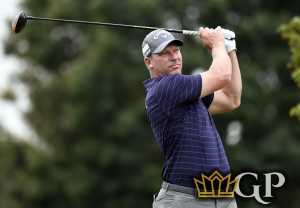 The European Tour is in South Africa this week for the Joburg Open and many of the top betting choices are South African players. Christiaan Bezuidenhout is the favorite, but he will have to overcome jet lag, as he played in the Masters last week. The Joburg Open has not been held the past two years, so the defending champion is actually Shubhankar Sharma who won the title in 2017. South African players have won eight of the previous 12 Joburg Opens. I am coming off a nice 4-1 week with the matchups at the Masters. Let’s look at the matchups and picks for the Joburg Open.

Stone is looking to win another Sunshine Tour and European Tour co-sanctioned event. He has already won the South African Open and the Alfred Dunhill Championship. “The Joburg Open is the last leg of the trilogy of Sunshine Tour co-sanctioned tournaments that I’m going for. I’d love to add this one as a win this week,” Stone said to the media. The field this week is weaker than the one for the South African Open and as I said earlier, I don’t like Bezuidenhout this week, as he has to overcome the jetlag coming back from Georgia. I will take Stone in this matchup.

I am going against Bezuidenhout twice this week. This is more of a price play than anything else, but I do like the fact that Norris has played well in this event and I find it hard to believe that Bezuidenhout will play well. I will take Norris at plus money.

I think Nienaber is one of the best players in the field this week and we get him at a short price int his matchup against Burmester. Nienaber has already proven he can handle the big stage and I see no reason he can’t win at home.

Luiten has proven in the past he knows how to win and he has done well in South Africa in the past. He has made the cut in all of his previous South African events and in his only Joburg Open start he finished sixth in 2010. I will take Luiten at the short price.

We know that Sharma likes this course, as he won here three years ago. He has been playing pretty well of late and there is very little to like about the form of Jamieson. I will take Sharma in this matchup.