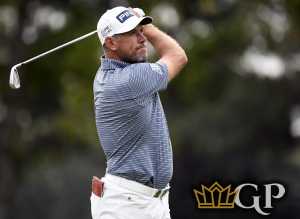 We get Ormsby at a short price in this matchup against Shinkwin. Ormsby played well in Scotland two weeks ago with a tie for 19th. He had a much better finish in mind, but slipped up in the final round. Ormsby ranks well in putting, sand saves and he is 6th for Shots Gained: Around the Green. I will lay the small price and take Ormsby in this matchup.

This pick is all about price. I have no idea why Warren is such a big underdog. I know that Burmester is the better player, but keep in mind that Warren comes in playing pretty well. He did miss the cut at Wentworth but two weeks ago he had a chance to win the Scottish Open. I expect Warren to bounce back with a strong effort this week and we get him at a nice plus price.

Another price play is on Pepperell in this matchup against Wallace. Pepperell has t he game to do really well in the win this week. He has played well in tough conditions in the past and we know he can play well in Scotland, as he finished fourth in the Scottish Open five years ago.  I know that Wallace is the favorite in this event, but how can you back a player who struggles to make putts? Wallace played well at the Memorial on the PGA Tour but since that time his putter has been a problem. He is simply not making key putts to put himself in position to win. I think we get some nice value with a player in Pepperell who I expect to contend for the win.

Kawamura has two top 10 finishes and two top 20 finishes in his last five starts. He finished in 8th place at Valderrama and that bodes well for playing well in Scotland this week where conditions could be difficult. Kawamura ranks first on the European Tour in Shots Gained: Around the Green. I will lay the price and take Kawamura in this matchup.

Soderberg played really well in Wales and he played pretty well in Portugal with a tie for 27th. He ranks 9th in Shots Gained: Around the Green and he also ranks highly in putting. I will lay the price and take Soderberg in this matchup against Sharma.