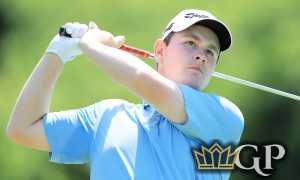 The European Tour stays in South Africa this week for the Alfred Dunhill Championship at Leopard Creek Country Club. South African players had dominated this event, winning six straight times, but in the last two years it has been an American and a Spaniard winning, as David Lipsky won in 2018, while Pablo Larrazabal is the defending champion. Let’s look at the Alfred Dunhill Championship Odds and picks.

This course in South Africa is a par 72 that measures 7,287 yards. It has hosted the Alfred Dunhill Championship since 2005.

MacIntyre got his first win in the Cyprus Showdown and I do like his game, but I think he is overvalued as the favorite. I rarely bet favorites and I am looking elsewhere once again.

I think you can make a strong case for Stone who is listed at 16-1. He won this event in 2017 and he is excited to return to Leopard Creek. “I’ve always loved this tournament and this golf course. It’s a tournament I’ll play for the rest of my career. To be able to have my name on that trophy is special,” he said to the media. Stone played well last week with a tie for 4th and I expect him to contend this week.

I said last week when Bezuidenhout was the favorite that I was worried about his jet lag after playing in the Masters. I didn’t back him last week and he didn’t win, but he did play pretty well, finishing in a tie for 15th. I think he will be much better this week after having adjusted to the time zone again. I also like the fact that he is not listed as the favorite. Bezuidenhout has said he really likes playing Leopard Creek. “Leopard Creek is one of my favorite courses worldwide” he said to the media, “and the Alfred Dunhill Championship is one of the tournaments I’d love to win just because it’s played at such a special course.” Bezuidenhout held his own on the PGA Tour, making the cut in seven of the 10 tournaments he played and he had four top 25 finishes. There is no question it is a step down in competition playing on the European Tour and there is no reason that Bezuidenhout can’t win in his home country. “I’m getting more comfortable with where my game is at and my swing, and the whole environment of playing on the European Tour and PGA Tour and playing with the best players in the world,” he said.

I had Nienaber last week and he just couldn’t quite get there, as he finished two shots behind for a solo second. I am coming right back and taking him again this week, as there is no reason to think he won’t be in contention again.

I was hoping for higher odds on Coetzee but this field is weak and we take what we can get. Coetzee loves playing Leopard Creek and he is capable of winning against this field. “Every South African player loves to come back to Leopard Creek. The feeling you get from the course, especially with the views from some of the holes, is just unbelievable.” Coetzee said to the media, “There’s nothing else in the world that can compare to it. You get Pebble Beach with the ocean, St Andrews with the history, but then you get Leopard Creek and the wildlife. I’ll travel from anywhere in the world to come to play in this event.”