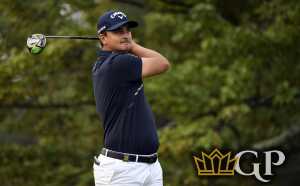 The second of three straight events in South Africa is this week’s Alfred Dunhill Championship. It should be an entertaining event at Leopard Creek Country Club and the betting odds show a number of solid contenders to get the win. I am coming off a 3-3 week with the matchups at the Joburg Open. Let’s look at the matchups and picks for the Alfred Dunhill Championship.

This course is a par 72 that measures 7,249 yards. The course does not demand distance, as the last two winners of this event, Pablo Larrazabal and David Lipsky are not known for their length.

Joachim B. Hansen -120 vs. Johannes Veerman

I said in the odds preview that I thought Bezuidenhout needed a week after playing in the Masters and although he did play well last week, he was outside the Top 10. I expect him to be really good this week. He is 7th on the European Tour in Strokes Gained: Around the Green and he said that Leopard Creek is one of his favorite courses. I will take Bezuidenhout in this matchup.

I think Stone has a big chance to win this week. He has won this event in the past and there is no reason to think he won’t contend again. I know Norris played well last week, but he rarely plays well in consecutive weeks. Stone also played well last week and he has proven in the past that he can get on a good run. I will take Stone in this matchup.

Johannes Veerman -110 vs. Joachim B. Hansen

Veerman has been playing well with three top 10 finishes in his last seven starts. He looked really good at the Cyprus Showdown with a tie for 4th. I will oftentimes go against a player who is coming off a win, as I expect a letdown. That is the case here, as I expect Hansen to struggle this week. I will take Veerman in this matchup.

I am going against Norris twice this week. In this matchup we get Nienaber who already looks like a future star. He hits the ball a ton and we know he can play well on this course, as he finished in a tie for 24th earlier this year. I will take Nienaber in this matchup.

Pepperell is one of the few players in the field who knows how to win. He has three straight top 20 finishes. He is capable of winning at anytime on the European Tour and I will take him in this matchup against Schwab.

Canter has been consistent for much of this year with six top 15 finishes in ten events, including a second place finish at the Italian Open.  Canter finished 14th in this event last year.

Fichardt has finished in the top 28 a total of five times in this event. He finished in 12th place two years ago. He played well last week at the Joburg Open with an 11th place finish. He had a lot of good stats a week ago and I think he carries over his strong play to this week.