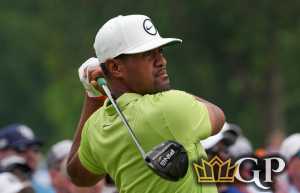 After a thrilling weekend in Scotland you can expect a more restrained atmosphere this week when the PGA Tour heads to the Twin Cities area of Minnesota for the fourth playing of the 3M Open. Let's look at 3M Open Matchup Picks.

After a thrilling weekend in Scotland you can expect a more restrained atmosphere this week when the PGA Tour heads to the Twin Cities area of Minnesota for the fourth playing of the 3M Open. There is a dip in the talent pool with most big names taking the week off following the final major of the season. Nonetheless we will see a strong field of players at the top of the odds board led by betting favorite Tony Finau, who along with Hideki Matsuyama and Sungjae Im are the only players with shorter than 20/1 odds in the outright market. Cameron Champ is back to defend the title he won last year and Chez Reavie, who earned the title at last week’s Barracuda Championship, are among the field with all of them featured in tournament matchups. Visit BookMaker.eu for a complete updated list of matchup odds when you’re ready to place a wager.

A long time stop on the Champions Tour, TPC Twin Cities was renovated prior to the PGA Tour’s arrival in 2019. The track stretches to 7,431 yards at par 71. And there isn’t a lot of data to work with since the tournament is just in its fourth year. The Arnold Palmer design features upwards of 30 water hazards with a number of strategically-placed bunkers sprinkled throughout. The obstacles shouldn’t impede too much and low scores are expected. Champ carded a bogey-free final round 66 to finish at 15-under last year, the worst score among the three previous winners. There are reasons for that, however the layout is straightforward and avoiding obstacles will lead to lower scores.

It’s been a struggle for the defending champ Champ with five straight MCs and 10 total in 16 starts this season. I was surprised to see him at even money when the odds surfaced considering his shoddy play. But being the last player to win this tournament carries some weight with oddsmakers, I guess. His problems are baffling and Champ’s too good to continue the free fall. He didn’t play poorly last time out shooting even-par at the Deere Classic but missed the cut by a few swings. A return to a happy place is what he needs to get over the hump.

Months of strong play led Reavie to his win last week at the Tahoe Mountain Club and the hope is that after reaching the pinnacle he doesn’t slow down. He finished among the top-15 three times in six starts prior to last week’s win and barely fell below the cut line twice. There’s always the chance that he breathes a heavy sigh, which is why we don’t often see players go back-to-back. That and a full-field have an effect. It took him a while to get here and I don’t think he’s ready to cool off. His strong showing here last year is another reason for optimism.

When Poston is good he’s been really good which is why I have no issue throwing down on him, especially at his plus-odds price. Prior to his MC at The Open he won the Deere Classic and was T2 at the Travelers. He also has a T3 and T9 in his last 10 starts. The negative is that when he stumbles he stumbles hard with five MCs in those last 10 outings. This is a field more to his liking and Poston’s been strong in metrics that are relevant to the TPC Twin Cities layout.

Hadwin also missed the cut at the Deere Classic ending a run of decent form that saw him place among the top-10 at the U.S. Open last month, his fifth this season. Add that to the way he’s played at TPC Twin Cities and Hadwin is a good bet in the outright market, too. I don’t need him for the outright but I am banking on another good finish to go along with his solo fourth in 2019 and T6 last year when his scoring average was 67.38.

There are better value picks out there, but backing Finau just feels right this week. He regained the consistent form that made him one of the top players and he has a familiarity with this event few have. He has just one MC in his last 10 starts with a pair of runner-up finishes and a T4 included. He closed The Open with a sparkling 66 giving a boost of confidence heading into an event he’s completed all three times with a podium finish in 2020.

BookMaker offers play-by-play betting odds for live sporting events every day! The user-friendly wagering interface on your smartphone provides an easy way to place bets on the go. Mobile betting lines are updated by the minute so click here to start gambling on thrilling live action at BookMaker.eu. The 3M Open is scheduled for July 21-24 and can be seen on Golf Channel and CBS.