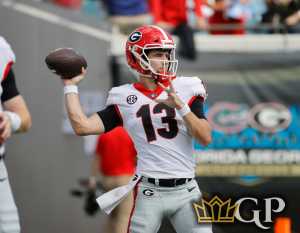 Are you ready for some of the best college football action of the season? Come along for the ride! Here are my top rated selections for Week 14 of the college football betting season otherwise known as championship week.

The winning streak ended at two straight weekends after logging a 3-6 ATS showing with none of the underdogs cashing in on the moneyline. We were close with both K-State and Kansas, but ultimately didn’t cash in. The Wildcats were one of the best in the country at converting on fourth down, but failed to do so twice in a tough 22-17 non-covering loss in Austin. While the Jayhawks were within the spread the entire game, it sure would’ve been nice to of seen them seal the deal and close the year out with a win. There was improvement in Lawrence this season under Lance Leipold. I’m willing to wager a hefty sum KU earns more than one win next season. Heartfelt thanks to Michigan for showing up last Saturday to allow for us to cash in on the over. Ohio State, you’re dead to me! As is ECU who played their game through a quarter but then got run off the field by the Bearcats. Great call on the Bedlam under, huh? At least OK-State allowed for us to juice out by squeaking out the cover. The carnage moved us to a wretched 19-27 ATS for the season. That being said, the results have been much better of late and I’m expecting to be in the black come the conclusion of bowl season. Come along for the ride! Here are my top rated selections for Week 14 of the college football betting season otherwise known as championship week.

Kirby Smart is yet to defeat Nick Saban through three tries since bolting for Athens back in 2016. That all changes come Saturday afternoon! The Georgia Bulldogs are far and away the best team in college football this season. They’re the complete package. While the schedule was an utter joke, it obliterated all that stepped in front of them. It won’t matter in this one! Bama’s O-Line is going to get destroyed by UGA’s defensive front all game long. It seriously won’t be a contest. With that, I’ll be attacking this game from a number of different angles. Along with betting on the Dawgs just to win the game outright, I’ll also be betting them to win the first quarter -0.5 -110, first half -3 -115 as well as their first half team total over 13.5 -120. As you can see, I’m very bullish on the Dawgs getting out to a fast start and never looking back en route to locking up the No. 1 seed in the CFP. Throw UGA in a moneyline parlay with Michigan should you be allergic to laying this type of juice on a moneyline wager. Regardless, Georgia isn’t losing this game; it’s Kirby’s year!

I’m curious as to why PITT is the favored side in this matchup. Is it the Kenny Pickett factor or because the Panthers were ATS goldmines in covering nine of their 12 played games. Bottom line, both of these defenses stink out loud which should have points coming in bunches throughout the game’s entirety. Thankfully, Mother Nature isn’t expected to wreak havoc on Saturday night which will allow for Sam Hartman and the WF offense to stick close every step of the way. PITT might do a phenomenal job of limiting opposing running games, but the Deacs don’t run the ball. They pass the heck out of it and the Panthers own by far the worst of the two secondaries with it ranked No. 113 overall in allowing upwards of 261 PYPG. PITT owns the No. 6 ranked passing attack, but WF ranks No. 50 in pass defense and has done a solid job of defending against non-scrambling pocket passers which fits Pickett to a T. Many are of the belief the Panthers win this one going away. I beg to differ and fully expect Clawson’s kids to be way up for the challenge!

Harbaugh finally got the monkey off his back last week. Michigan went out and thoroughly dominated their most hated rival to solidify their positioning as a CFP entrant. Naturally, they’re going to fall flat on their faces against the Iowa Hawkeyes, right? No siree Bob! Not this version of the maize and blue and especially not against this version of the Iowa Hawkeyes that luck boxed its way to the Big 10 title game. Ferentz basically looks to take advantage of opponent miscues and play excellent defense. The problem with that is Michigan doesn’t turn the ball over. It also sports by far the better of the two offenses while the defense is sure to be in Spencer Petras’ grill all game long. That being said, this game will likely be close early on. It wouldn’t even shock me if Iowa snagged an early lead. Should that occur, jump on the Wolverines live at a reduced price. They’ll win this game and likely cover the full game spread anyway after pulling away in the second half - Slam Your Man!!!