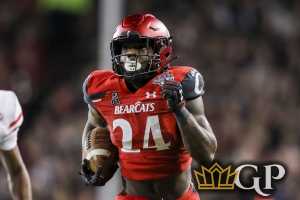 We’ve had a nice college football betting bowl season! Let’s finish it off in style. Here are my top rated selections for bowl games set to go through January 4 – SLAM YOUR MAN!!!

We’ve had a nice college football betting bowl season! Let’s finish it off in style. It’s once again that time to put the woman and children to bed and go hunting for winners that add to our bottom line at online sportsbooks. Care to join me? Here are my top rated selections for bowl games set to go through January 4 – SLAM YOUR MAN!!!

The Bearcats are the first Group of Five team to qualify for the CFP. It’s time to show they belong! At least for the 1H ;) Cincy has a number of players on the defensive side of the ball that will be playing on Sundays for the better part of the next decade. While the team as a whole is nowhere near as good as Alabama from a 5* recruit perspective, it’s still a group of young kids that’ve been through the wars together and now get a chance to strut their stuff in front of the world to show they’re legit. While I don’t think they ultimately defeat the Crimson Tide with Saban having nearly a month to get his kids prepared, I do foresee them keeping this game respectable all the way through; especially throughout the first 30 minutes of play with both sides feeling each other out for weaknesses that can be exploited later. I’m still in shock as to how well Bama’s offensive line played in the SEC title game. It handled an excellent UGA front with ease, and afforded Bryce Young all the time he needed to connect for big strikes downfield. I’ll pay up to see if he can do it again versus a Bearcats defense that will bring pressure from all over the field. The only thing that scares me off backing Cincinnati for the full game is the possibility of the defense being forced to remain on the field a bulk of the game. If it does, the stop unit will wear down, and that’s when the game could get away from them. With that, I’ll back Desmond Ridder and company in the first half and dare both squads to combine for four tuddies and a field goal.

No, this position on the Maize and Blue isn’t sour grapes. While I’m still pissed like you wouldn’t believe that Georgia couldn’t find a way to beat Alabama in the SEC title game, this isn’t me just looking to recoup some losses. I’m taking any points linemakers want to give me with the Wolverines right now. I don’t care who they’re playing! Georgia is an excellent team, no doubt about it. However, the early bowl results have let it be known that the SEC wasn’t that great this season. The Dawgs made a living beating up on cream puffs over the course of the regular season, and because of it had no clue how to react once someone punched them in the mouth. Michigan will land a few uppercuts early. While I expect UGA to handle it much better this time around, I still feel this point spread is out of whack. This is going to be a close and physical battle up until one team makes a crucial mistake. With Kirby at the helm, I’ll be banking on it being Georgia that ultimately makes that mistake.

Truth be told, I already have a +7.5 ticket in my back pocket from before it was announced that both of OSU’s star wide receivers would be opting out of this game. There is no value taking the current point spread offering. So instead of taking a reduced number, go for the glory of cashing a moneyline ticket instead! Utah has a much better shot of winning this game than its near 38 percent implied probability of doing so currently states. It’s more a coin flip in my opinion so I’ll put my money where my mouth is and back a Kyle Whittingham coached team that I truly believe wants to participate in this game. Not only that, they wanta win it! If nothing else, Utah’s Rose bowl helmets are fire so we got that going for us should this ticket fail to cash in.