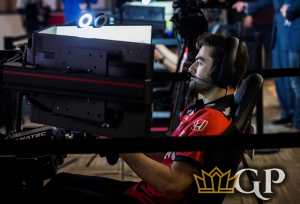 If the regular season ended today, the defending LEC champions would not make the playoffs and would be unable to participate in the League of Legends World Championship. Let's look at 2022 League of Legends LEC Summer Split Week 5 Betting Odds.

If the regular season ended today, the defending LEC champions would not make the playoffs and would be unable to participate in the League of Legends World Championship. G2 Esports has lost four straight matches after a 4-1 start to the LEC Summer Split. However, this is not new territory for G2, as mid-season swoons have become something of a specialty for this organization over the last few years. They will need to turn it around in the Second Round Robin, but they are one game behind four teams.

These are the two worst teams in the LEC. A loss for Team BDS here would likely mean the end of their playoff chances given they would be five games out of the playoffs at that point, and the only team they could own the tiebreaker with would be G2 Esports.

Team BDS has the worst AD Carry in the league as Xmatty has been very disappointing. SK Gaming’s bottom lane hasn’t been that much better, but they did win both their games last week thanks to solid performances from JNX and Sertuss. That makes SK Gaming the play at this price.

A downturn from Excel Esports was expected, but Excel blew a golden opportunity last week with losses to Astralis and SK Gaming. That dropped them to 5-4 ahead of the Second Round Robin, and they suddenly look much more vulnerable than they did in previous weeks.

We saw Misfits Gaming knock off Fnatic and G2 Esports last week, as they have finally been able to unlock Vetheo in the mid lane once more. The Spring Split MVP has thrived on Corki and Ahri, and he can carry his team to another win here.

Although G2 Esports has lost four games in a row, it’s not time to press the panic button. G2 has done this with regularity over the last few years, and they will likely start to turn things around this week. The bottom lane will start to do more damage, and the drafts will come together more than they have recently.

Astralis have a very talented young support in JeongHoon, but this team is deficient elsewhere. G2 Esports shouldn’t have a problem outclassing Astralis in this match.

Nisqy has been a big boon to MAD Lions since he was signed at the start of the Summer Split. They have the second-best record in the LEC, and they hammered Team Vitality in their first meeting this season.

Vitality has just one quality win to this point. They knocked off Fnatic in the final match of the day last week, ensuring that they would have a winning record at the halfway point of the season. However, this team does not play well early on as the kill percentages of Alphari, Perkz, and Carzzy attest.

The best team in the LEC right now is Rogue. They finished the first half of the season at 7-2, and they are playing very well together as a team. Rogue has been an elite regular season team for the last two years, but this team struggles in the postseason.

Meanwhile, Fnatic has a very good mid laner in Humanoid and the best bottom lane in the league. However, Wunder and Razork have underperformed, and that will likely be Fnatic’s downfall here.

At BookMaker Sportsbook, our team of writers breaks down every betting matchup on the wagering board. Esports are exploding in popularity and BookMaker has you covered for all your betting needs. From League of Legends to CS:GO, BookMaker has all the Esports betting lines you can hope for. Open an account and get in on the action today!