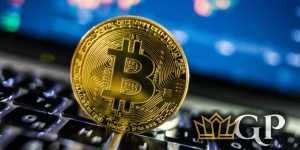 Is it time for Bitcoin to move into the mainstream and get attention from major banks? If you look at some of the signs, it could happen very soon.

Is it time for Bitcoin to move into the mainstream and get attention from major banks? If you look at some of the signs, it could happen very soon. It was not that long ago that JP Morgan Chase launched Quorum to support the JPM Coin and recently the International Monetary Fund (IMF) and the World Bank announced they are starting “Learning Coin” to gain more knowledge about blockchain technologies.

The IMF said that their “Learning Coin” will only be available for those people in the IMF and the World Bank. It is simply a coin that will help their people understand cryptocurrency better. A statement came out saying that the coin was created for “use-cases.” It is noteworthy that the IMF is going in this direction considering their General Manager recently said that crypto assets are “clearly shaking the system.”

The news that the IMF, World Bank and JP Morgan Chase are experimenting with cryptocurrencies is big news. The coins that are being issued are not for the public, at least not right now. What we do know is that the IMF wants to get their employees familiar with using cryptocurrencies like Bitcoin. Can you see a day when a place like the IMF issues a coin for public use? If that happened it would shake the financial world to the core. Unlike a bank issuing a coin, the IMF would have the ability to bring everyone together. Instead of having to go through numerous hoops to send or receive money, everything would be done in one place. It would completely change the way that banking is done today.

If you want to send money from one bank to another it normally takes days or in some cases weeks. If the IMF moves into blockchain technology, then transactions could be done in minutes, or even seconds. Could the day be coming when the financial world actually embraces crypto technology? If you look at some of the recent news, the day may not be that far off. Right now the banks and cryptos exist separately, but what if they worked together? You could easily convert dollars and Euros to Bitcoin and vice-versa. Billions of people around the world would have easy access to Bitcoin and billions of people who currently have no access to a bank account could buy and sell using Bitcoin or another cryptocurrency.

The problem with the banks working together with Bitcoin is that Bitcoin isn’t controlled by any central authority and we know that banks want control. It is the same with the IMF, as they would want control. What could happen is that banks issue their own coin so that they have complete control. The problem with that scenario is that all of the major banks would then issue their own coin to try and compete with one another.

What is currently happening with the IMF and World Bank and with Chase is a portent of things to come. Cryptocurrency technology is the future and major companies see that technology being used in the future with the banking industry. Some banks may drag their feet, but when the best technology is out there, everyone wants it.

We know that Bitcoin is slowly but surely changing the way that people think about money. More and more businesses around the world are using Bitcoin every day. Major companies around the world continue to incorporate Bitcoin into their everyday operations. Some companies have been ahead of the curve for a long while, including leading online sportsbook. They were one of the first online sportsbooks to incorporate Bitcoin into their payment options and now most of the customers use Bitcoin for their deposits and withdrawals. The day is coming soon when people will use some sort of blockchain technology and those companies like online sportsbooks who are ahead of the game will be poised and ready for those people.