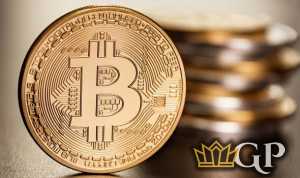 Does your head spin when you check the price of Bitcoin on a daily basis? It would not be surprising if that was the case, as the Bitcoin price has fluctuated wildly in the past few weeks.

Does your head spin when you check the price of Bitcoin on a daily basis? It would not be surprising if that was the case, as the Bitcoin price has fluctuated wildly in the past few weeks. We have seen price spikes where Bitcoin rose more than a $1,000 in a short period of time and then a big crash where the cryptocurrency lost $1,000 in just a matter of minutes. Will the wild Bitcoin price swings Bitcoin continue and what is causing them?

The price of Bitcoin has more than doubled in 2019, but it has not been without some serious ups and downs. The cryptocurrency lost about $1,000 in just minutes on Monday night, going from nearly $9,000 to under $8,000. The price of Bitcoin was down 8% in less than 24 hours. What is amazing to some people is that this price fluctuation is not uncommon, as wild Bitcoin price swings have happened before and will probably happen again.

If you want to know one reason why the price of Bitcoin goes up and down so much you can trace some of it to Bitcoin whales. Those are people who are holding a lot of Bitcoin in one of the exchanges. It was rumored that the latest Bitcoin price drop was due to a Bitcoin whale selling a large amount of Bitcoin and then buying it back. The report said that one Bitcoin whale moved about 25,000 Bitcoin, worth more than $200 million. It was not long after that before another 14,000 Bitcoin was moved from one wallet to another and shortly thereafter, another 11,000 Bitcoin was moved. That meant about another $200 million was transferred. If you run the numbers you find that someone sold 25,000 Bitcoin for about $215 million and then bout it back for $200 million. That means a profit of $15 million for someone who still has the same amount of Bitcoin they started with.

The problem with Bitcoin whales holding so much Bitcoin is that when they do something, everyone else tends to follow. It is kind of like what used to happen with sports betting syndicates many years ago. When a syndicate played a game the number moved and then the followers bet the game and the number moved even more. The same thing is happening with Bitcoin. A Bitcoin whale either sells or buys Bitcoin and others quickly follow. That means the price of Bitcoin moves a lot one way or another. And it is not just Bitcoin that is affected, as followers move the price of Ethereum, Ripple’s XRP, Litecoin, etc.

The price of Bitcoin is going to continue to fluctuate simply because too much Bitcoin is held by a select group of people. When they decide to move their Bitcoin the price is going to move and likely move hard. That is one reason we have seen periods of time where Bitcoin rises or falls in price. It will be interesting to see how long this latest Bitcoin price drop lasts and when the next Bitcoin bull run will start.

Regardless of the price of Bitcoin, people can still send the cryptocurrency and also buy goods without worrying about the price. Whether Bitcoin is worth $9,000 or $5,000 doesn’t really matter when it comes to buying something or transferring money because you are simply using Bitcoin at the current price. It is not being used as a long term investment.

Many companies have put in Bitcoin payment methods for their customers. Leading online sportsbooks have been using Bitcoin as a reliable way for their customers to send and receive money for quite some time and there are no worries about a processing fee. The online sportsbook processes Bitcoin with no third-party processor and that makes the entire process fast and inexpensive. Most of the customers use Bitcoin to make their deposits and withdrawals.