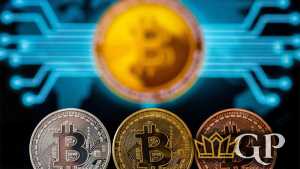 It has been a huge year for Bitcoin, as the cryptocurrency has more than doubled in price. Bitcoin went past the $8,000 mark on Tuesday before falling back a bit and Bitcoin is now up nearly 120% from where it was at the end of 2018.

It has been a huge year for Bitcoin, as the cryptocurrency has more than doubled in price. Bitcoin went past the $8,000 mark on Tuesday before falling back a bit and Bitcoin is now up nearly 120% from where it was at the end of 2018. The value of Bitcoin at one point in 2018 dropped to about $3,000 a coin. That is a far cry from the peak in 2017 of nearly $20,000. There are many reasons for Bitcoin’s resurgence, from mainstream acceptance to the fear of missing out on the rally. Let’s examine the latest Bitcoin move.

Mati Greenspan, a senior market analyst for eToro said recently to the media that the main reason for Bitcoin’s rise in price is increased usage. "There are literally dozens of reasons for bitcoin to be surging right now but the important thing to remember is the main driver of this rally is increased adoption. Plain and simple."

It seems that every day another major company is announcing they are incorporating Bitcoin into their business. Recent news that E-Trade and Fidelity are adding Bitcoin trading to their platform boosted Bitcoin prices and now Microsoft has announced they are developing online security using the Bitcoin blockchain.

Since the start of 2019, Bitcoin has more than doubled in value. It hit $8,325 on Tuesday before a drop in price. There have been many big buyers of Bitcoin in the last week and that could be another reason for the Bitcoin price increase. Andy Brenner from National Alliance Securities said to the media that it looked like Chinese investors were getting into Bitcoin. “We can see that the bid for Bitcoin in this latest run has coincided with a big down tick in the value of the Chinese Yuan versus the dollar.”

Samsung and HTC phones are using Bitcoin and some marketplaces on Amazon are now accepting the cryptocurrency and more people can get Bitcoin through apps like Robinhood and Cash. It also doesn’t hurt Bitcoin’s cause that there are troubles between the United States and China and there is also new Bitcoin being introduced into the market. All of these factors could be driving the Bitcoin price.

Another bit of news that went under the radar could also be helping Bitcoin. It was announced that Gemini, owned by the Winkelvoss twins has an agreement with payment network Flexa. This agreement will make it so that more people can make Bitcoin payments at brick and mortar stores around the world.

Regardless of what is driving the Bitcoin price, there is no question that more and more people are using the cryptocurrency all the time. “I spend very little time trying to understand or explain short-term crypto price movements, as the price and the fundamentals often seem to move in diametrically opposed directions. So all I can say with certainty is that there are more buyers than sellers in recent months,” Travis Scher at the Digital Currency Group said to the media, “But in this case, I do think that one factor driving the rally is that the narrative around Bitcoin as digital gold is growing. We fully expect Bitcoin to replace gold as the leading non-government controlled store of value over the coming decade.”

Not to be forgotten is that Bitcoin surged in 2017 to a record price and then came crashing back down in 2018. That scenario isn’t as likely this time around with more people using Bitcoin and with the cryptocurrency much more in the main stream, but a pullback is definitely possible, although not to the extent of what happened last year.

Leading online sportsbooks have been using Bitcoin for their customers as a reliable way to send and receive money for quite some time and now most of the customers  use Bitcoin to make their deposits and withdrawals.