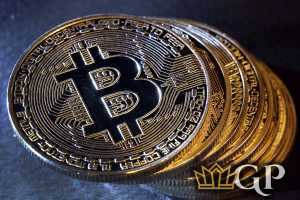 The Bitcoin surge continues this month as the cryptocurrency is approaching the $6,000 mark. It has been a good 2019 for Bitcoin, as the price has risen every month this year. The news for Bitcoin has been positive lately, including the news that Fidelity

The Bitcoin surge continues this month as the cryptocurrency is approaching the $6,000 mark. It has been a good 2019 for Bitcoin, as the price has risen every month this year. The news for Bitcoin has been positive lately, including the news that Fidelity is adding Bitcoin to their trading platform. Traders should be able to buy and sell Bitcoin on Fidelity within a few weeks. The Fidelity news comes shortly after news that E-Trade is adding Bitcoin trading to their platform.

When a bunch of people want something there is a good chance that they are eventually going to get it, and that is what is happening with cryptocurrency trading. A recent report by Ethereum World News said that about half of the investors they polled wanted cryptocurrencies in their portfolio. Not only were almost half of the people looking at adding cryptocurrency to their portfolio, almost 75% said they would be comfortable holding digital assets like Bitcoin. It should come as no surprise that trading firms like E-Trade and Fidelity are adding Bitcoin trading to their platforms.

The recent E-Trade and Fidelity news has definitely made an impact on the Bitcoin market as more people are starting to take notice. Investors don’t want to get left out and the price of Bitcoin is rising. Mati Greenspan, a crypto expert for eToro, said recently that investors should keep a close eye on what is currently transpiring with stock trading firms. Greenspan went on to say that if some of Fidelity’s clients allocate even a small amount of their assets into cryptocurrency, the price of Bitcoin could go up by “$1,000, $2,000, easily.” Greenspan also said that the upcoming CoinDesk Consensus conference could send the price of Bitcoin higher.

There is no doubt that the E-Trade and Fidelity news has been good news for Bitcoin, but some people believe the price of Bitcoin going higher recently is due to Bitcoin whales moving funds. Just for reference, a Bitcoin whale is a Bitcoin wallet that is holding at least $1 billion in Bitcoin.

A former Goldman Sachs banker, Per Wimmer, who founded Wimmer Financial LLP, said that the market is dominated by the whales. “The crypto market is dominated mainly by ten big whales or privates.” Wimmer said to the media, “They are massive in the market and take up a lot space and volume so if you take the top 10 or even 50 you will have a lot of the volume covered already. It is too easy to manipulate the market so far.”

Many of the Bitcoin whales have been known to take advantage of the Bitcoin market by causing a panic among small traders and then buying when the price of Bitcoin drops. One crypto expert said that price manipulations benefit no one except the whales.

The founder of cryptocurrency Cardano, Charles Hoskinson said to the media that the ups and downs of the market should be expected. “The thing about our [crypto] industry is that it tends to move in spurts. It kind of spikes up, dies down and stays flat for a long period of time. Then there’s another spike and its boom time again. Regardless of when you come in there is always going to be spikes.”

Many people will remember that Bitcoin surged to a record price late in 2017 and then crashed in 2018. So far in 2019 the surge in Bitcoin is upward and that surge is expected to continue. Some companies have gotten ahead of the Bitcoin surge and are already incorporating the cryptocurrency into their business. Some marquee names like Starbucks, BookMaker and Overstock.com are using Bitcoin in their businesses. Leading online sportsbooks have been using Bitcoin for their customers as a reliable way to send and receive money. Most of the customers now use Bitcoin to make their deposits and withdrawals.