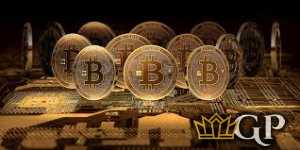 It has been quite a month of May for Bitcoin, as the cryptocurrency has soared more than 100%. Many people are predicting that Bitcoin will...

It has been quite a month of May for Bitcoin, as the cryptocurrency has soared more than 100%. Many people are predicting that Bitcoin will break through the $10,000 mark in June and there are some analysts who are going much farther than that with their predictions. Let’s look at the latest Bitcoin surge and what could happen in the months ahead.

Kenetic Capital co-founder Jihan Chu said this week in an interview with Bloomberg that he believes Bitcoin will hit $30,000 by the end of this year. He pointed to three factors, one of which I have mentioned before. Chu said that the three bullish indicators for Bitcoin are more top companies embracing Bitcoin, the upcoming Bitcoin halving and the disappointment of tech IPOs.

“Ten years out from the bitcoin story, and we are starting to see the story become a reality. And what people are really seeing now is that cryptocurrency is not going away” Chu said in his interview with Bloomberg.

Chu said that the signs are there that Bitcoin will soar. “You don’t have to take my word for it. It’s Facebook, it’s Jamie Dimon, it’s Rakuten, it’s Fidelity. All are getting in the space either in building the infrastructure or providing services. That’s going to drive mining share and adoption.”

Chu went on to say that some investors could be looking to get away from IPOs and into cryptocurrency. “With the disappointment of Uber and Lyft IPOs in the market, people are looking for a different type of tech story, and one that’s perhaps accessible to all.”

The third factor that Chu mentioned is the Bitcoin halving that will occur in May of 2020. The four-year halving will lower the reward for Bitcoin mining and was designed to make sure the Bitcoin supply is capped at 21 million. “Finally, the bitcoin halving is coming and traditionally pushes the price in double digit percentages. A combination of these three factors will get us to $30,000.” Chu said in his interview.

Chu definitely has an optimistic view of Bitcoin and it may not be unrealistic. I have mentioned many times in the past that Bitcoin is gaining traction with marquee companies around the world. AT&T recently announced that they are going to be accepting Bitcoin payments and they are just one of the many businesses that are starting to accept cryptocurrency payments.

It wasn’t that long ago that companies like leading online sportsbooks and online retailer Overstock.com led the way in accepting Bitcoin payments. It now looks like those two companies, among others, were at the forefront of the cryptocurrency wave. Now there is seemingly another major company announcing that they will accept Bitcoin payments nearly every day.

It is not hard to understand the appeal of Bitcoin. The cryptocurrency is not controlled by any governing authority or bank and it is easy enough to get and to store. It is also easy to transfer from place to place; similar to what is done with other currencies like the dollar. Some people have compared the process of a cryptocurrency transfer to a PayPal transfer and that is a fair comparison.

Some companies have decided to use third-party transfer companies like BitPay to accept Bitcoin payments. The advantage to using a third-party processor for businesses is obvious, as they don’t have to worry about dealing with the Bitcoin process, but it is does have a slight disadvantage to consumers, as they have to pay the processing fee.

Leading online sportsbooks have been using Bitcoin for their customers as a reliable way to send and receive money for quite some time and there are no worries about a processing fee. The online sportsbook processes Bitcoin with no third-party processor and that makes the entire process fast and inexpensive. Most of the customers use Bitcoin to make their deposits and withdrawals.