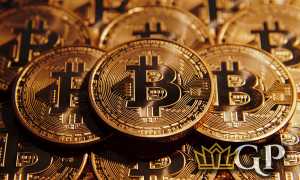 Bitcoin has been on a great run in 2019, as it has more than doubled in price. Despite all of the great news for Bitcoin, the cryptocurrency still has some problems.

Bitcoin has been on a great run in 2019, as it has more than doubled in price. Despite all of the great news for Bitcoin, the cryptocurrency still has some problems. Bitcoin millionaire, Erik Finman, recently said that Bitcoin has four problems that have to be addressed if the cryptocurrency is to remain viable. Let’s see what Finman had to say about Bitcoin.

Finman is a bitcoin millionaire who just recently turned 20 years old. He told Yahoo Finance that Bitcoin has to fix the problems in regards to use, transaction fees, processing speed and in-fighting. Finman is said to have purchased his first Bitcoin when he was 12 years old. He is now 20 and has been trading cryptocurrencies for quite some time and now he is reportedly holding 458 Bitcoins, worth about $3.6 million dollars.

If you have used Bitcoin then you probably already realize it is not as simple as using a credit card. For Bitcoin to get into the mainstream it has to be easy for people to use. Progress is being made, but there are still far too many hoops for people to jump through to use Bitcoin. Once people get an e-wallet, and a cryptocurrency exchange, then the process is simpler, but it still takes too much time and effort for many people to use Bitcoin. That is starting to change, as more third-party processors are getting involved, but if Bitcoin is to become the next world currency it needs to be easier for the average person to use.

The fees to buy and sell or transfer Bitcoin are relatively small, but they are still a problem for people who want to use the cryptocurrency instead of cash or credit card. The fees need to come down if more people are to start buying and selling goods using Bitcoin on a regular basis. The people making money right now are the third-party processors that are charging a fee and the miners who verify the transactions. The fees need to be lower if Bitcoin is to hit the mainstream.

A big problem for Bitcoin is that there is far too much in-fighting between the people that developed Bitcoin. It is all about ego and there are simply too many people who think that they deserve credit or that their idea is the only one that matters. Unfortunately, in today’s world there is far too much in-fighting in all kinds of things and that includes Bitcoin. The chances of the previous three problems being solved would be much greater if people would just work together. The sad truth is that many people are egotistical and they have no real desire to work together to make things better. It could be that the in-fighting is what will prevent Bitcoin from becoming a massively important world currency.

Bitcoin is a great way for people around the world to send and receive money because it is not controlled by any central government. More and more people are using Bitcoin all the time and perhaps there will be someof the big movers and shakers of Bitcoin that will eventually come together to solve some of Bitcoin’s problems.

Leading online sportsbooks have been using Bitcoin for their customers as a reliable way to send and receive money for quite some time and now most of the customers use Bitcoin to make their deposits and withdrawals.