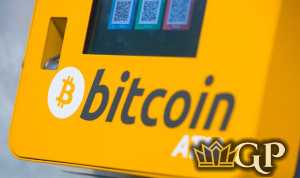 Did you know that you can buy or sell Bitcoin at ATMs around the world? There are now nearly 5,000 ATMs at various locations across the globe. There was an increase of 228 ATMs in the month of May, the most growth in almost a year.

Did you know that you can buy or sell Bitcoin at ATMs around the world? There are now nearly 5,000 ATMs at various locations across the globe. There was an increase of 228 ATMs in the month of May, the most growth in almost a year. Bitcoin has been fluctuating in price over the past year with most of the movement going up. The same can be said about Bitcoin ATMs.

306 Bitcoin ATMs Installed in May

It was a good month of May for Bitcoin in a number of ways. The cryptocurrency shot up in price and more businesses implemented Bitcoin payment methods. There were also 306 new Bitcoin ATMs installed around the world. There were also a number of Bitcoin ATMs removed, but the overall gain was 228. The number of Bitcoins went from 4,690 to 4,898 in the month of May. Coinatmradar listed all of the ATM Bitcoin numbers for May and their tracking indicated that May was the best month for Bitcoin ATM installations since April of 2018. Bitcoin added about $3,500 to its price value in May, up about 60%.

Not only do many Bitcoin ATMs support Bitcoin trading, they also offer support for other cryptocurrencies. Coinatmradar reported that almost 70% of the new ATMs installed support more cryptocurrencies in addition to Bitcoin. The most second-most popular cryptocurrency behind Bitcoin is Ethereum, with Litecoin and Bitcoin Cash in third and fourth place.

Not all of the news is good for Bitcoin ATMs, as Canada appears to be moving away from Bitcoin ATMs. City officials in Vancouver are reportedly looking at banning the ATMs. They say the machines are being used for money laundering, but whether that is really the case is up for debate. We do know that the first Bitcoin ATM ever installed was in Vancouver in 2013.

It would be surprising if Canada does decide to go against the Bitcoin wave, as more and more people are supporting the cryptocurrency all the time. Coinstar has announced they are planning to expand Bitcoin buying in the United States. Coinstar had a trial in the U.S. that was successful and they expect to do something in terms of adding Bitcoin support.

The list of marquee companies adding Bitcoin payment methods for their customers seems to grow on a daily basis. The most recent big name to announce Bitcoin payment support was AT&T. They have added Bitcoin payment methods for their mobile customers and AT&T is not alone, as a number of companies have joined the growing list of businesses that support cryptocurrency. Whether it is an online retailer like Overstock.com or a leading online sportsbook like BookMaker or Bovada, companies are coming to the conclusion that adding Bitcoin as a payment method is not only smart, but cost effective. It is extremely easy to send and receive Bitcoin and it is also very reliable. There is no central authority in control and no worries of a transaction getting blocked. It is also virtually anonymous and that is another big plus.

Many online sportsbooks have been using Bitcoin as a reliable way for their customers to send and receive money for quite some time. Online sportsbooks process Bitcoin with no third-party processor and that makes the entire process fast and inexpensive. Most of the customers at online sportsbooks use Bitcoin to make their deposits and withdrawals. The future is bright for Bitcoin and it comes as no surprise that more Bitcoin ATMs are being added all the time.