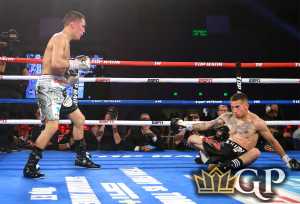 Challenger Jason Sanchez will be going up against current champion Oscar Valdez for the WBO Featherweight Title on Saturday, June 8, 2019 at Reno-Sparks Convention Center in Reno, Nevada in a fight that can be seen on ESPN.

Challenger Jason Sanchez will be going up against current champion Oscar Valdez for the WBO Featherweight Title on Saturday, June 8, 2019 at Reno-Sparks Convention Center in Reno, Nevada in a fight that can be seen on ESPN. Valdez’s record is 25-0 with 20 knockouts; while Sanchez’s record is 14-0 with seven knockouts. Valdez should be listed as a big favorite in this fight. Let’s look at the bout and boxing picks.

Valdez said this to espn.com about his upcoming bout against Sanchez, “I'm excited to be back in the ring for the sixth defense of my world title. I know there is a big target on my back because I'm the champion, but nobody is going to take this title away from me. Training with Eddy, I feel the best I've ever felt. I felt great in the ring during my first fight with Eddy in my corner. I know that I will look even better this time out. The fans in Reno and watching on ESPN and ESPN Deportes can expect a great showing from me on June 8.”

Valdez also said this to fightnews.com about his upcoming bout, “I’m taking this fight with Sanchez very seriously, and not looking past him and I let my manager Frank Espinoza and my Promoter Bob Arum along with my team decide what’s next, but I want the big names in my division.”

Sanchez said this krque.com about his upcoming bout, “It motivates me more just knowing that I am the underdog and in a way, I train harder just to show everyone.”

Does Sanchez really deserve a title shot? He is unbeaten, but also untested. Valdez has shown very few weaknesses in his career and there is no reason to believe that Sanchez has any chance in this fight. The question is whether the price will come in low enough to make a play on Valdez. It seems unlikely, so we’ll focus on the rounds. Valdez has shown excellent knockout power in his career and it appears that Sanchez isn’t going to shy away from going right at Valdez, so we’ll look for this fight to end in a knockout and go under the rounds total.

Boxing Pick: Oscar Valdez by knockout in the fourth round and the rounds to go under the total.