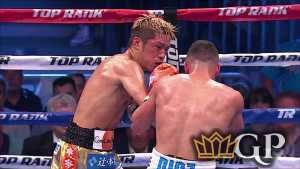 Challenger Jamel Herring will be going against current champion Masayuki Ito for the WBO Junior Lightweight Title on Saturday, May 25, 2019 at Kissimmee Civic Center in Kissimmee, Florida in a fight that can be seen on ESPN.

Challenger Jamel Herring will be going against current champion Masayuki Ito for the WBO Junior Lightweight Title on Saturday, May 25, 2019 at Kissimmee Civic Center in Kissimmee, Florida in a fight that can be seen on ESPN. Ito’s record is 25-1-1, while Herring’s record is 19-2. When the odds come out, they will most likely have Herring as a big underdog. Let’s look at the bout and boxing picks.

Ito said this to espn.com about his upcoming bout against Herring, “I am excited to return to the United States to defend my world title. I will be at my best, as I know Herring is a tough and experienced fighter. While I ultimately want to unify the 130-pound division, Herring is the task at hand. There is no sense in talking about the future until I take care of business on May 25.”

In his last five fights, Herring has four wins and one loss. He defeated Art Hovhannisyan by corner retirement in the third round, Juan Pablo Sanchez by TKO in the fifth round, John Vincent Moralde by unanimous decision, and Adeilson Dos Santos by unanimous decision; while losing to Ladarius Miller by unanimous decision on August 22, 2017 at Sam's Town Hotel & Gambling Hall in Las Vegas, Nevada. Herring’s other loss in his career was against Denis Shafikov by TKO in the 10th round on July 2, 2016 at Santander Arena in Reading, Pennsylvania. Herring gets a knockout win 48% of the time.

Herring said this to espn.com about his upcoming bout against Ito, “"Not only is this fight landing on Memorial Day weekend, but May 25 would've been my daughter Ariyanah's 10th birthday. She passed away from sudden infant death syndrome, and I am dedicating this fight to her. I have tremendous respect for Ito, but I plan on being his most difficult challenge. I don't want to release too much of the game plan, but I won't be bullied like his last two opponents once the bell rings.”

The question in this one is whether or not Herring can even make this fight competitive. Ito has more experience and he has faced tougher fighters. This really looks like a mismatch. The one thing that might be a factor is the intangible of Herring fighting on what would have been his daughter’s birthday. I am not laying the big price with Ito, so it comes down to whether or not an intangible factor is worth taking a shot on with the big underdog. Perhaps Herring is worth a small shot at a big price, but nothing serious. The better choice could be to take the rounds to go over the total, as Herring should at least put up a good fight. Ito is the better boxer and he should get the win, but it may not be easy. I will take a small shot with Herring and also play the rounds to go over the total.

Boxing Pick: Small play on Herring, but the main play is the rounds to go over the total.