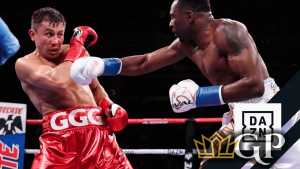 Gennady Golovkin takes on Steve Rolls on Saturday, June 8, 2019 in a middleweight fight on DAZN. Golovkin is 38-1-1 with 34 knockouts, while Rolls is 19-0 with 10 knockouts. Golovkin is coming off the only loss in his career, as he was beaten by Canelo Alvarez last year. This fight will take place at the catchweight of 164 pounds. Let’s look at the bout and see if it can be somewhat competitive.

In his last five fights, Golovkin has three wins, one loss and one draw. He lost a majority decision to Canelo Alvarez last September and in the process lost his WBA, WBC and IBO middleweight titles. Golovkin defeated Vanes Martirosyan by 2nd round knockout in May of last year. He fought to a draw with Canelo Alvarez in September of 2017, won a unanimous decision against Daniel Jacobs in March of 2017 and knocked out Kell Brook in September of 2016.

In his last five fights, Rolls is 5-0. He is coming off a win against KeAndrae Leatherwood last time out, as he won a unanimous decision in December of last year. Rolls won a unanimous decision against Damian Ezequiel Bonelli in April of last year, knocked out Andrik Saralegui in October of 2017, won a split decision against Demond Nicholson in June of 2017 and knocked out Attila Koros in December of 2016.

These two fighters are not that far apart in age, as Golovkin is 37, while Rolls is 35, but their experience level is worlds apart. GGG has fought a lot of excellent competition, while Rolls has fought absolutely no one. It is hard to believe a fighter could be 19-0 and yet done nothing in his career, but that appears to be the case with Rolls. There is no one on the list of fighters Rolls has beaten who even registers as a decentfighter.

The question that we have is will this fight even be remotely competitive. We know that GGG could look a little different now that he has a new trainer in Johnathan Banks, but does it really matter? GGG has already said he needs to win this fight quickly and easily. “It’s very important for me [to win decisively] because everybody wants to watch a third fight with Canelo and everybody wants more of the emotion and reaction we know will be part of that,” Golovkin said to the media, “This is business. I’m approaching it as if I have an appointment in September with Canelo.”

There is no reason to think that Rolls has any chance in this fight, but when would you ever lay -10000 on anything? There is simply no reason to lay this type of price on GGG, but you can’t make any case for taking Rolls. He has fought absolutely no one in his career and now he is taking on a great fighter. GGG could easily be unbeaten, as some people think he won both fights against Alvarez, but regardless, GGG is in a different stratosphere than Rolls. The question isn’t whether GGG will win; it is how long the fight will go.

Since there is no way we would ever lay this type of price on anything, we’ll look at the rounds. We don’t know yet what type of rounds total will be put up, but we are pretty sure the number won’t be that high. I don’t think it matters, as GGG has gone on record as saying that he needs to win this fight quickly and in a dominating fashion. There is no reason to think that won’t happen, as Rolls hasn’t shown anything in his career. We’ll go under the rounds total in this bout.