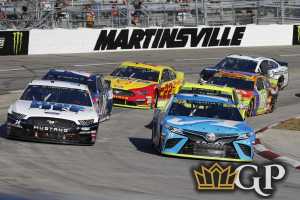 Weekly Sports Betting Schedule for the week of June 8-12. Sports betting odds at the online sportsbook.

The NBA and NHL will be back in action by July. The same can’t be said for Major League Baseball with owners and the MLBPA still unable to come to an agreement on the length of the season or player compensation. A new proposal has been penned by owners which is to be expected to be in union reps hands as early as Monday. Initially, MLB wanted Spring Training 2 to begin by June 10 with July 4 the target date for Opening Day. The hope for that coming to fruition has diminished with the former date sneaking up quickly, and no agreement in sight. But fret not; there is still time to get this done. It will however be time to worry should the beginning of July roll around and nothing have changed. The PGA Tour, AFL and La Liga all return to action this week which should have online sportsbooks thrilled about the prospects of booking more action. It only gets even more exciting next week with the English Premiere League, Serie A and the Belmont Stakes all on the docket. Until then, here’s a look at the offerings for the workweek spanning June 8-12.

Though the EPL hasn’t returned just yet, there’s still a bevy of soccer matches to wager upon this upcoming week with other less popular leagues already back in action for a couple of weeks now. German Bundesliga betting action is light during the week with only one matchup locked in for Friday between TSG 1899 Hoffenheim and RB Leipzig. Making up for it will be a 6-pack of matches on Saturday. Austrian Bundesliga offers up a 6-pack of its own this week, while La Liga returns to the pitch with three total matches scheduled for Thursday and Friday. There are also soccer futures to bet into right now with odds to win it all in the Spain Primera Liga and EPL currently on the board. You can also invest in the Top goal scorer in the EPL with Jamie Vardy +160 the current frontrunner.

Following Monday’s off day, KBO baseball will be back in action with another 20 games slated to go Tuesday through Friday. The KBO has given baseball bettors a taste of the “Boys of Summer” while Major League Baseball figures out its return to the playing field. Teams set to hit the field this week include the Samsung Lions, Kia Tigers, Hanwha Eagles, the league-leading NC Dinos, LG Twins, Lotte Giants, KT Wiz, Kiwoom Heroes, Doosan Bears and SK Wyverns. Take one matchup in live on ESPN2 or the ESPN App every morning starting this Tuesday. Should MLB return, futures are still on the board so don’t forget to invest in the AL/NL MVP, AL/NL Cy Young Award, and the AL/NL Rookie of the Year Award winners.

The Charles Schwab Challenge is set to tee off from the Colonial Country Club in Fort Worth, Texas on Thursday. Readily available betting options on the board for the tournament include odds to win it all as well as player matchups. Rory Mcllroy is the current +777 favorite to win the event followed by Jon Rahm +877, Justin Thomas +1575, Bryson Dechambeau +2056, Webb Simpson +2461 and Dustin Johnson +3066. A total of 38 players matchups are also on the board for your wagering pleasure. The $7.5M tourney will air live on CBS and the Golf Channel through Sunday. Also keep in mind odds for the 2020 Masters tentatively scheduled for November 1 are also on the board; Mcllroy is the current favorite for that one as well followed by Jon Rahm +1115, Brooks Koepka +1215 and Tiger Woods +1415.

Another two-race week is lined up for NASCAR with the running of the Blue-Emu Maximum Pain Relief 500 from Martinsville Speedway. Kyle Busch +450 is the linemakers favorite to win the race followed by Brad Keselowski +600, Martin Truex Jr. +600, Chase Elliott +750, Denny Hamlin +900, Joey Logano +900 and last Sunday’s winner Kevin Harvick +1000. The 500 lap/263 mile race can be seen live on FS1 with the flag set to drop at 7 p.m. ET. Then be sure to tune in on Sunday when NASCAR betting heads to the Homestead-Miami Speedway for the Dixie Vodka 400.

The Madden NFL20 Blind Draw – High Seed Home Field PrimeTime Championship Episode 6 resumes on Monday with the conclusion of Round 3 tourney action. Matchups set to go on Monday night include Panthers/Bills (+4, 38) and Patriots/Texans (-2.5, 40). Already qualifying for Round 4 are the tourney favorite Dallas Cowboys +110 and New York Jets +625. Hopefully you snatched up some Big D futures last week when their return on investment checked in at +326! A bevy of Madden NFL20 exhibition matchups are also scheduled for Monday and Tuesday with more likely to hit the board as the week progresses. Also in action this week is MLB The Show 20, NBA2K20 and NHL20 EA Sports with exhibition games and playoff series continuing. All sims can be wagered upon and watched live on the family of PrimeTimeAction channels on Twitch.TV.