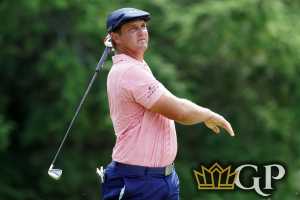 Major League Baseball was the last domino of the four majors to fall last week. Rejoice baseball bettors, the “Boys of Summer” are set to return at the end of July for a pressure cooker 60 game season to span two months with the customary playoffs to follow. Some new wrinkles have been added however with a universal DH and a runner starting out on second base for every half inning of extras. While each new rule has its detractors, nobody’s putting up much of a fuss with the majority of fans and bettors simply just happy baseball is returning. The NBA still remains scheduled to restart at the end of July, while July 10 continues to be the target date for NHL training camps to pick back up with the start of the 24-team playoff still to be announced; Bookmakers has already released series prices for the tournament! England, Germany, Italy and Spain have already returned to their respective soccer fields, and it looks like the US will be back in action when the MLS begins its leaguewide tournament on July 8 with no fans in attendance. Here’s a look at this week’s offerings for the workweek spanning June 29 to July 3.

Champions League spots are still there for the taking regardless of the fact that Liverpool just wrapped up its first EPL title in 30 years this past week. A loaded slate is locked and loaded for the upcoming week kicking off Monday afternoon when Crystal Palace and Burnley FC (+241, 2) get it on. Another solo matchup goes Tuesday between Brighton and Hove Albion and Manchester United (-147, 2.5) followed by a 6-pack of matchups to go on both Wednesday and Thursday. Serie A action picks back up with a pair of tilts on Tuesday followed by six the following day and another two-pack on Thursday. La Liga also finds itself in the mix with eight tilts all lined up Monday through Wednesday. So far, soccer betting has been great since its return and that doesn’t look to be changing anytime soon; fingers crossed!

The Korean Baseball Organization has entertained MLB bettors since the beginning of May. Now the organization as a whole will start setting precedent for the entire world to see as fans are welcomed back to the ball park on a limited basis with safety protocols intact later this week; stadiums will be allowed to be around 30 percent full. That’s great news with another full schedule set to go for the week with most of the upper echelon teams running up against one another. The 1st place NC Dinos kick off the week against 7th place Lotte then close it out against No. 5 KIA, while the second and third place teams Kiwoom and Doosan start the week off with a crucial set against one another. NC remains the +225 favs to win the league followed by Doosan +550, Kiwoom +600, LG +700 and Lotte +800.

Also scheduled to take the field this week is the Japanese Nippon Professional Baseball League which is now a few weeks into the season. Six matchups are scheduled every day from Tuesday through Friday of this week. The Fukuoka Softbank Hawks +350 are the current odds on favorites to win the NPB followed by the Tokyo Yomiuri Giants +450, Seibu Lions +575, Hanshin Tigers +1000 and Rakuten Golden Eagles +1000.

MLB will be returning to the playing field later this month which means time is running out to place your bets on the winners of the World Series, AL/NL MVP, AL/NL Cy Young Award, and the AL/NL Rookie of the Year Award.

Dustin Johnson continues to chase down some of the PGA greats after bringing it home in the Travelers Championship to log the 21st PGA Tour victory of his astonishing career. He also extended his streak of winning at least one PGA event in a season to 13. $7.5M will be on the line this week in the Rocket Mortgage Classic from the Detroit Country club in Detroit, MI. Readily available tournament betting options on the board will include odds to win it all as well as player matchups. Both should be posted on Monday for this 500 point FedEx Cup tourney that will air live on CBS and the Golf Channel through Sunday.

Denny Hamlin just secured his third checkered flag since NASCAR betting returned to the track this past Sunday when he crossed the finish line first in the Pocono 350. It was his second race win in as many weeks! But he’s going to have to wait till this Sunday to get another shot at glory with the Big Machine Vodka 400 scheduled to race in the Brickyard. Until then, go ahead and take a gander at the NASCAR Cup futures odds to see if anything tickles your fancy. Kevin Harvick is the current +450 frontrunner followed by Chase Elliott +550, Denny Hamlin +550, Kyle Busch +700, Martin Truex Jr. +700, Brad Keselowski +750, Joey Logano +750 and Ryan Blaney +900.

The Madden20 “Upside Down Seed” tournament just came to a conclusion over the weekend with Russell Wilson and the Seattle Seahawks cashing in as 5-1 underdogs by scoring the 21-14 win and cover versus the Los Angeles Rams in the championship game. With the 4th of July set to go this upcoming weekend, it doesn’t look like another Madden20 tournament will take its place. Instead, there will be numerous exhibition matchups all lined up for every day of the work week. Also in action this week is MLB The Show 20, NBA2K20 and NHL20 EA Sports with exhibition games and extended series continuing.