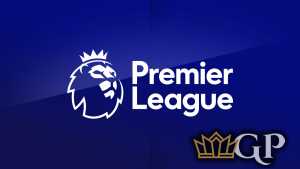 Weekly Sports Betting Schedule for the week of June 22-26. Sports betting odds at the online sportsbook.

All eyes remain on Major League Baseball with it the last of the major sports with no clear timeline for a return. With the clock ticking, every day that passes without a deal struck between the owners and MLBPA makes it that much tougher to envision a season even playing out. Amidst the coronavirus pandemic, it’s a shame the billionaires just can’t get on the same page with the millionaires. Everything continues to fall into place for other sports however. The NBA is still scheduled to restart its season at the end of July, while July 10 remains the target date for NHL training camps to pick back up with the start of the 24-team playoff still to be announced. England, Germany, Italy and Spain have already returned to their respective soccer fields, and it looks like the US will be back in action when the MLS begins its leaguewide tournament on July 8 with no fans in attendance. Here’s a look at this week’s offerings for the workweek spanning June 22-26.

English Premiere League betting action returns to the pitch immediately with a single match set to go on Monday with two more to follow on Tuesday. Matchups include Manchester City vs. Burnley (+1441, 3.5), Leicester City vs. Brighton and Hove Albion (+366, 2.5) and Tottenham Hotspur vs. West Ham United (+395, 2.5). German Bundesliga fans and bettors will have to wait until Saturday for Matchday #34 which marks the end of the regular season. Serie A kicks off the week with seven matches slated to go on Monday and Tuesday, while La Liga has five matchups of its own all lined up with teams league-leader Barcelona taking on Athletic Bilbao in the finale of Tuesday’s three-game slate.

Though fans aren’t in the stands, a fresh dose of normalcy has returned to the pitch outside the United States.

The Korean Baseball Organization, or KBO as baseball bettors refer to it, will be back with another full slate of games starting Tuesday. The league-leading NC Dinos could possibly be caught looking ahead to start the week running up against the KT Wiz with the much more important series with the second place Doosan Bears scheduled through the weekend. Be on the lookout for some possible overpriced money lines to kick off the week! NC currently offers up a 2-1 return to win the World Series; followed by Doosan +550, Kiwoom +625, LG +700 and Lotte +800.

Also scheduled to take the field this week is the Japanese Nippon Professional Baseball League which picked up last week. Six matchups are scheduled every day from Tuesday through Friday of this week. The Fukuoka Softbank Hawks +350 are the current odds on favorites to win the NPB followed by the Tokyo Yomiuri Giants +450, Seibu Lions +575, Hanshin Tigers +1000 and Rakuten Golden Eagles +1000.

Should MLB return, futures are still on the board so be sure to invest in the AL/NL MVP, AL/NL Cy Young Award, and the AL/NL Rookie of the Year Award winners should there be a season.

$7.4M will be on the line this week in the Travelers Championship from the beautiful TPC River Highlands in Cromwell, CT. Readily available tournament betting options on the board will include odds to win it all as well as player matchups. Both should be posted on Monday for this 500 point FedEx Cup tourney that will air live on CBS and the Golf Channel through Sunday.

Odds for the 2020 Masters tentatively scheduled for November 1 also continue to be on the board; Mcllroy is the current +703 favorite followed by Jon Rahm +1126, Brooks Koepka +1307 and Tiger Woods +1431.

With Sunday’s GEICO 500 getting washed out in Talladega amidst a heinous act of racism that turned the sport on its head, NASCAR bettors will get a shot at afternoon glory with the race rescheduled for Monday afternoon should mother Nature oblige. A bevy of sports betting options are currently on the board for the race which include the outright winner, Top 3 finish, and Head to Heads. Joey Logano and Chase Elliot remain the +700 co-favorites to win the race followed by Denny Hamlin +750, Brad Keselowski +750, Ryan Blaney +750 and Kyle Busch +1150.

Battle Champions League comes out in full force on Monday with a whopping 19 matchups in the offing, while Liga Pro also offers up 19 tilts of its own for E-Soccer bettors!

A big week kicks off on Monday for CS:GO with ESEA Australia, Summit Europe and North America Qualifiers all lined up, while DOTA 2 also has much to be decided in the Asia Summer championships and Beyond Epic china tourneys. The Belgian League, China LPL, Liga Portuguesa, Prime League Pro Division and Dutch League are all set to go in League of Legends betting, while Starcraft 2 fans have a quadrant of matchups to bet into on Wednesday and Friday.