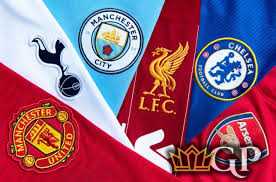 Weekly Sports Betting Schedule for the week of June 15-19. Sports betting odds at the online sportsbook.

Seeding games for the NBA’s 22 team tournament is expected to go from July 30 through August 14 regardless of news surfacing that a good number of players are hesitant about heading to Orlando to partake in the festivities. From there, the play-in games are locked in for August 15-16 with the playoffs officially beginning on August 17. The conference semis are scheduled for August 31 through September 13 followed by the Conference Finals from September 15-28. The NBA Finals will then be played out from September 30 to October 13.

The NHL has deemed Thursday, June 11 as the day teams eligible for its Stanley Cup to return for training camp; no other dates have been announced. The “MLS Is Back Tournament” has been penciled in to start on July and run through August 11 from the ESPN Wide World of Sports complex in Orlando.

The Premiere League is still locked in to start Wednesday of this week with Serie A and the Belmont Stakes set to go on Saturday June 20. Sports look to be back! Here’s a look at this week’s offerings for the workweek spanning June 15-19.

All eyes will be on the English Premiere League on Wednesday and Friday with a quadrant of matchups set to get the 2020 campaign off to a roaring start. The Aston Villa +230 vs. Sheffield United +130 and Manchester City -286 vs. Arsenal +750 matchups are lined up for the 17th. On Friday, it’s Norwich City +220 vs. Southampton +120 and Tottenham +190 vs. Manchester United +150!

But before that happens, the German Bundesliga will return to the pitch with a loaded nine-game slate with perennial league winner Bayern Munich set to take on Werder Tuesday afternoon; Bremen is naturally installed an enormous +1300 underdog for the tilt. La Liga action picks back up every day of the week with a number of matchups scheduled each day, while Serie A is set to return over the weekend.

And don’t forget about the futures options for the EPL currently on the board! Rejoice soccer fans, futbol is back!

KBO bettors have been making a mint fading the Hanwha Eagles for weeks now, and they’ll get four more chances to add to the bankroll this week with the team set to face the LG Twins and NC Dinos for a pair of matchups.

Other squads set to hit the field this week include the Samsung Lions, Kia Tigers, league-leading NC Dinos, Lotte Giants, KT Wiz, Kiwoom Heroes, Doosan Bears and SK Wyverns. Take one matchup in live on ESPN2 or the ESPN App every morning starting this Tuesday.

NC currently offers up a 2-1 return to win the World Series; followed by Doosan +550, Kiwoom +625, LG +700 and Lotte +800. Should MLB return, futures are still on the board so don’t forget to invest in the AL/NL MVP, AL/NL Cy Young Award, and the AL/NL Rookie of the Year Award winners.

$7.1M will be on the line this week in the RBC Heritage from the beautiful Harbour Twin Golf Links in Hilton Head, SC. Readily available tournament betting options on the board include odds to win it all as well as player matchups. Odds to win the tournament as well as player matchups should be posted as early as Monday. The tourney will air live on CBS and the Golf Channel through Sunday.

Also keep in mind odds for the 2020 Masters tentatively scheduled for November 1 are also on the board; Mcllroy is the current +702 favorite followed by Jon Rahm +1122, Brooks Koepka +1303 and Tiger Woods +1425.

The Madden20 “Upside Down Seed” tournament kicks off on Monday with four matchups locked in for your wagering pleasure. In the mix are the Dallas Cowboys who just took the Blind Draw – High Seed Home Field PrimeTime Championship Episode 6 to add a 3rd tourney title since their genesis at PrimeTimeAction Sports.

E-Soccer picks back up with reckless abandon on Monday with loaded Battle Champions League, Battle Premiere League and Liga Pro matchups all lined up.

CS:GO has heavy slates going on both Monday and Tuesday before thinning out later in the week, while DOTA 2 has four tilts locked in for Tuesday with Ninjas in Pyjamas installed +165 dogs to Team Liquid. League of Legends bouts pick up Wednesday through Friday with more Champions Korea action set to go through the weekend.