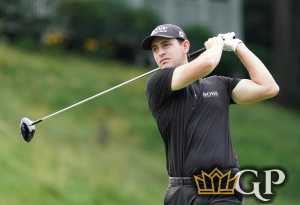 The 4th of July is now in the rearview mirror. Man was it strange to celebrate Independence Day without baseball! Still, MLB remains on course to return on July 23 with its abbreviated 60-game schedule that will implement a few quirky rule changes to speed the proceedings along. Betting lines for the first games of the NBA’s return are already on the board at online sportsbooks. In case you were wondering, LeBron James and the Los Angeles Lakers are currently installed 1.5-point favorites over Kawhi Leonard and the Los Angeles Clippers in the nightcap of the league’s two-game set locked in for Thursday, July 30. There’s also series prices on the board for the first round of the NHL’s round-robin playoffs scheduled to begin on July 30. Though numbers of coronavirus cases continue to rise, the United States looks like it finally decided to live its life instead of live in fear. Safety protocols are in place as are extreme measures to keep the athletes, coaches and training staffs healthy. It finally looks like sports bettors and fans of every league will finally have live games to watch in the near future. Here’s a look at the offerings for the workweek spanning July 6 to July 10.

Though Liverpool was already anointed the winner of the EPL, there’s still Champions League spots there for the taking which makes this week’s slate all the more important. Tottenham Hotspur and Everton (+266, 2.5) get the showcase treatment with the matchup the only set to go on Monday. Then there’s three locked in for Tuesday, four more on Wednesday and another 3-pack scheduled for Thursday with Aston Villa and Manchester United (-294, 2.5) closing things out. The promotion/relegation playoff between Werder Bremen and Heidenham continues on Monday in German Bundesliga action after the teams played to a 0-0 tie in last Thursday’s series opener. Italy Serie A betting returns to the fold with 10 fixtures locked in through Thursday, while Spain La Liga will offer up at least matchups every single day of the work week.

Following Monday’s customary off day, the Korean Baseball Organization will get back to business with five matchups set to go Tuesday through Friday. The NC Dinos continue to build their lead atop the standings with the team now owners of a 4-game lead over the Kiwoom Heroes and a 5.5-game lead over the Doosan Bears. A matchup against the 4th place LG Twins goes later in the week before likely beating up on the wretched SK Wyverns to kick it off. NC remains the +225 favs to win the league followed by Kiwoom +400, Doosan +650, LG +700, KIA +1000 and Lotte +1000.

Also scheduled to take the field this week is the Japanese Nippon Professional Baseball League. Six matchups are scheduled every day from Tuesday through Friday of this week. The Fukuoka Softbank Hawks +350 are the current odds on favorites to win the NPB followed by the Tokyo Yomiuri Giants +450, Seibu Lions +575, Hanshin Tigers +1000 and Rakuten Golden Eagles +1000.

Odds for the very first game of the 2020 MLB season are up with the New York Yankees installed -130 favorites to defeat the Washington Nationals with the total lined at 7. Odds to win the American League, National League and World Series are also on the board. The respective leaders to cash each of those futures offerings are the Yankees +225, Dodgers +150 and Dodgers +295.

$6.2M will be on the line this week in the Workday Charity Open from the Muirfield Golf Club in Dublin, OH. Readily available tournament betting options on the board will include odds to win it all as well as player matchups. Both should be posted on Monday for this 500 point FedEx Cup tourney that will air live on CBS and the Golf Channel through Sunday. This tourney takes the place of the John Deere Classic which was originally scheduled back on May 28.

Kevin Harvick just secured his fourth checkered flag since NASCAR betting returned to the track this past Sunday when he crossed the finish line first in the Big Machine Hand Sanitizer 400. It was his second race win over an 8-day stretch! But he’s going to have to wait till this Sunday to get another shot at glory with the Quaker State 400 scheduled to race at the Kentucky Speedway. Bridging the gap will be a pair of NASCAR Xfinity races with the Shady Rays 200 set to go on Thursday followed by Friday’s Alsco 300; both races will also be held at the Kentucky Speedway. With the win on Sunday Kevin Harvick’s odds to win the NASCAR cup slimmed up from +450 to +400 followed by Chase Elliott +550, Denny Hamlin +550, Kyle Busch +700, Martin Truex Jr. +750, Brad Keselowski +800, Joey Logano +800 and Ryan Blaney +1000.