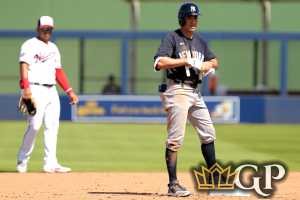 As the UFC’s Bruce Buffer vehemently proclaims, It’s Tiiiiiime! That’s right sports bettors, one of the majors returns to the fold this week with Major League Baseball set to begin its abbreviated 60-game regular season schedule. Two games open things up on Thursday followed by a loaded 14-game slate on Friday. Before you know it, the NBA and NHL will also start its rebooted seasons a week later. It’s exciting times for sports bettors as well as fans of sports for that matter! To have something to take in every single day for as long as the coronavirus allows simply has the betting world – and online sportsbook operators – thrilled to finally have some normalcy return to the mix. Here’s a look at the offerings for the workweek spanning July 20 to July 24.

English Premiere League betting action is locked in through Wednesday. A trio of matchups kick off the work week with Wolverhampton/Crystal Palace (+660, 2.5), Sheffield United/Everton (+262, 2) and Brighton & Hove Albion/Newcastle United (+343, 2.5) on Monday’s betting menu. Then a two-pack of matchups are slated to go on both Tuesday and Wednesday with Liverpool back in action against Chelsea (+238, 3). Serie A betting action is also in the fold with three games on Monday and Tuesday serving as the appetizer to Wednesday’s loaded 6-play card. The MLS is also set to take the field with at least two games scheduled Monday through Thursday. You want action? You got it!

Though the Korean Baseball Organization and Japanese Nippon Professional Baseball will have their regularly scheduled matchups this week, do we really give a darn anymore? It was a rhetorical question but in case you were confused, the answer is no! MLB is back baby and it starts with a potential World Series preview with Gerrit Cole making his New York Yankees debut against Max Scherzer and the Washington Nationals. New York is currently a -141 favorite with the total lined at 7.5. Thursday’s night cap closes things up in Tinseltown where Clayton Kershaw and the Los Angeles Dodgers check in as enormous -290 home chalk against Johnny Cueto and the hated San Francisco Giants.

$6.6M will be on the line this week in the 3M Open from the TPC Twin Cities in Blaine, MN. Readily available tournament betting options on the board will include odds to win it all as well as player matchups. Each should hit the board on Monday for this 500 point FedEx Cup tourney that will air live on CBS and the Golf Channel through Sunday.

Cole Custer popped his 2020 cherry last week by winning the Quaker State 400. Austin Dillon repeated the feat this past Sunday in the O’Reilly Auto Parts 500 by fending off a hard-charging field while dealing with numerous restarts. It was his third all-time victory with the most recent occurring back in 2018. Will another racer come from out of nowhere to squash the hopes of the NASCAR Cup favorites, or will one of the elite cash in Thursday’s Super Start Batteries 400 Presented by O’Reilly Auto Parts? The 267-lap race goes down from the Kansas Speedway and will air live on NBCSN.

It’s been a few weeks since PrimeTimeAction offered up tournament play in Madden NFL20, but the wait is finally over! A full simulated season is set to kickoff this week and a Super Bowl winner will be crowned. Guess what? There are futures odds available for the tourney, and it should come as no surprise to see the Dallas Cowboys installed +300 favorites to win it all. Makes sense considering they’ve been the best team by far since the sims started up over @PrimeTimeActionNFL with the ‘Boys compiling a 37-13 record while outscoring their opposition 1164-834; it’s crazy how much better the virtual version of Jason Garrett is! Also in the offing this week will be exhibition matchups in NBA2K20, MLB The Show 20 and NHL20 EA Sports. All game sims can be wagered upon and watched live on the family of PrimeTimeAction channels on Twitch.tv.