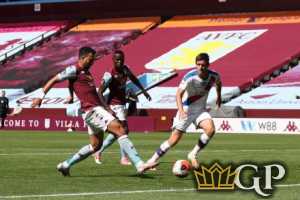 NHL training camps open Monday, July 13. Games are slated to begin August 1 in hub cities Edmonton and Toronto. The NBA returns to the hardwood on July 30 at the Disney sports complex in Orlando for its 22-team playoff that will crown a champion of the 2019-20 season. MLB will begin its 60-game season on July 23 with it the only of the three majors returning to play games in home team ballparks. The NFL regular season remains on course to begin as planned on September 10. College football bettors finally got to breathe in a sigh of relief this past weekend when major conferences like the Big Ten and Pac-12 declared that it would only be partaking in conference games this season. The coronavirus isn’t going away. In fact, it’s gotten even nastier. However, the world isn’t hunkering down and hiding from it any more. The time has come to learn to live with it until a vaccination is discovered. Hopefully that happens soon. Here’s a look at the offerings for the workweek spanning July 13 to July 17.

English Premiere League betting action is locked in for every single day of the upcoming workweek. Single fixtures are slated to go on Monday and Tuesday followed by a 4-pack of EPL goodness on Wednesday. Two more games are slated to go on Thursday before West Ham United and Watford FC (+222, 2.5) close it out on Friday. A total on nine Serie A matchups are locked in through Wednesday with seven of those tilts set to go on Hump Day. La Liga offers up an intriguing schedule as well with three matchups set to go on Monday and another seven locked in for Thursday. In the states, the MLS has a total of 10-games slated to go with DC United and the New England Revolution (+122, 3) closing things out on Friday.

With Sunday’s slate getting wiped out by Mother Nature, there will be Korean Baseball Organization games played every day this week which will be very interesting for KBO bettors since it’s yet to occur this season. The NC Dinos will be out to build upon its already impressive 5.5-game lead over the Kiwoom Heroes locking horns for a crucial three-game set; it’s now or never for the Heroes! NC continues to be the +210 chalk to win it all followed by Kiwoom +360, Doosan +650, LG +650, KIA +1000 and Lotte +1000.

The Japanese Nippon Professional Baseball League is off Monday but returns to action with a six-pack of games scheduled from Tuesday to Friday. The Fukuoka Softbank Hawks +335 are the current favorites to win the NPB followed by the Tokyo Yomiuri Giants +430, Seibu Lions +600, Rakuten Golden Eagles +850 and Hanshin Tigers +1000.

Odds for the very first game of the 2020 MLB season are up with the New York Yankees installed -130 favorites to defeat the Washington Nationals with the total lined at 7. Odds to win the American League, National League and World Series are also on the board. The Dodgers +375 are the favored side of linemakers to win the World Series followed by the Yankees +400, Astros +850, Braves +1350 and Twins +1600.

$9.3M will be on the line this week in the Memorial Tournament presented by Nationwide from the Muirfield Golf Club in Dublin, OH. Readily available tournament betting options on the board will include odds to win it all as well as player matchups. Both should be posted on Monday for this 500 point FedEx Cup tourney that will air live on CBS and the Golf Channel through Sunday.

For the first time in nearly four years, a rookie won a NASCAR Cup Series race after Cole Custer took the checkered flag in Sunday’s Quaker State 400; he did so as a huge 500-1 underdog narrowly defeating Martin Truex Jr. to send motor racing bettors that took a stab home extremely happy. Though Sunday’s O’Reilly Auto Parts 500 is the main attraction of the week, there will be a couple of All-Star races going on Wednesday that should pique NASCAR bettors’ interest. The 85-lap NASCAR All-Star Open kicks things off with the 140-lap NASCAR All-Star Race closing things out. Each will be run at Bristol Motor Speedway with FS1 on hand for live television coverage.

So did you enjoy the trio of title fights that went down on Fight Island in UFC 251 this past weekend? If so, you’ll be thrilled to know that Dana White is hooking you up again this week with Fight Night 172 set to go on Wednesday night with a loaded 11-fight card being offered up for your wagering pleasure. The main event finds Calvin Kattar (-315) squaring off against Dan Ige in the last of three Featherweight bouts headlining the event. The other two pit Jimmie Rivera up against Cody Stamann and Tim Elliot versus Ryan Benoit (-105). The prelims will begin at 7 p.m. ET with the Main Card expected to begin around 10 p.m. ET.