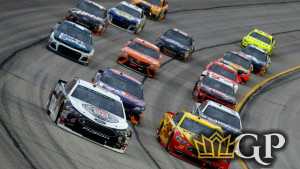 Weekend Sports Betting Schedule for the weekend of June 6-7. Sports betting odds at the online sportsbook.

The NBA is set to return at the tail end of July and play the remainder of the regular season out until October 12. Only 22 teams made the cut to compete at Disney World in Orlando, FL. Of those teams, 16 will qualify for the playoffs that will play out in customary best-of-seven game series. The top seven seeds in each conference will be locked in while the eighth seeds will be determined via play-in games. The NBA Draft Lottery will occur on August 25 with the draft locked in for October 15. Next season is tentatively scheduled to begin on December 1. Though much is still to be decided, the NHL is also set to return over the summer after the NHL and NHL Players’ Association agreed to partake in a 24-team tournament. There might be hockey to wager on as early as the end of July! Unfortunately, the sport reserved for the summer – MLB - is yet to move forward in a return to the playing field due to billionaires arguing with millionaires; very sad. There still hasn’t been any talk of postponing or eliminating the current college football or NFL schedules with the coronavirus now seemingly a thing of the past due to what transpired due to the horrific murder of George Floyd. Here’s a look at what’s going down at online sportsbooks through the weekend of June 6-7.

European soccer betting sets the stage for another loaded weekend slate with German and Austria Bundesliga offering up an appetizing 14-game slate between the two leagues through Sunday. Belarus Vysshaya Liga also has seven games of its own to wager into through the weekend. Other leagues in action these next two days include HNL League 1, Czech Republic Cup, FNL and Gambrinus, Denmark 1st Division and Sas Ligaen, Germany 3.Liga, Hungary NB 1, Lithuania A Lyga, Poland Ekstraklasa and Liga 1, Portugal 1 Liga, Romania Liga 1, Serbia Superliga, Slovenia Prva Liga and Ukraine Premier League. England Premiere League action is also right around the corner with it set to return to the pitch on June 17.

NASCAR betting returns to the fold on Sunday, June 7 with the running of the Folds of Honor QuikTrip 500. The 325 lap race will take place at Atlanta Motor Speedway and be televised live on FOX at 3 p.m. ET. The futures odds to win this race find Kevin Harvick +475 the frontrunner followed by Kyle Busch +600, Chase Elliott +625, and Alex Bowman, Brad Keselowski and Martin Truex Jr. who all check in with a +900 return. Keselowski cashed in last Sunday by taking down the Supermarket Heroes 500.

Amanda Nunes returns to the octagon on Saturday night in UFC 250 to defend her Featherweight title against Felicia Spencer in a highly anticipated matchup. She’s currently installed the decided -650 favorite with the match total lined at 1.5 rounds. Heavy -201 juice is attached to the over, so it looks like the betting markets expect this one to go longer than linemakers envision. Other notable matchups on the undercard to hit the UFC APEX mat include Raphael Assuncao vs. Coby Garbrandt -145, Devin Clark vs. Alonzo Menifield -215 and Jussier Formiga vs. Alex Perez -135. Take all the action in live on ESPN+ at 10 p.m. ET.

After offering up a light betting slate last weekend, E-Sports are back with reckless abandon through the weekend. A loaded ESoccer slate is the appetizer for more riveting play set to go down in some of the more popular games. CS:GO will continue Winners League Europe action, while DOTA 2 takes E-Sports bettors to China for ESL One Birmingham action. If a fan of wagering on League of Legends, this weekend is for you with a whopping 14 matches lined up for Saturday followed by two more on Sunday. Also in action this weekend is Starcraft 2, Overwatch, Rocket League and Call of Duty. Wager and watch it all go down live right from Bookmaker’s backend!

Third Round betting action for Blind Draw - High Seed Home Field Prime Time Championship Episode 6 kicked concluded on Friday. The tourney picks back up on Monday, but futures odds for the tourney winner are currently on the board at Bookmaker.eu. The Dallas Cowboys continue to be rock solid in Madden20 tourney sims, and continue to be the odds on +190 favorite to take another down. Others on the board include the New Orleans Saints +275, England Patriots +400, Houston Texans +700, Carolina Panthers +1200, Buffalo Bills +1500, New York Jets +2000 and shockingly, the Washington Redskins +2500. This weekend’s slate is loaded with exhibition matchups; 16 to be exact!  Playoff series and exhibition matchups are slated for NBA2K20, MLB The Show 20 and NHL20 EA Sports, but UFC EA Sports 3 will once again be the main attraction on Sunday night with five regular and two “Stand and Bang” bouts all lined up. Virtual fighters in action include Alistair Overeem, Dustin Poirier, Rashad Evans, Cris Cyborg and Jose Aldo! Each and every one of these sport sims can be watched and wagered upon live on their respective family of streams at @PrimeTimeAction on Twitch.TV.