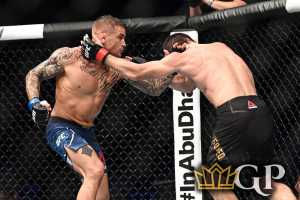 Weekend Sports Betting Schedule for the weekend of June 27-28. Sports betting odds at the online sportsbook.

Just when it looked like a 2020 MLB betting season was a lost cause, the owners and the MLBPA were able to strike a deal. Rejoice baseball fans, the “Boys of Summer” will take to the field at the end of July for a 60-game regular season schedule followed by a traditional playoff with a World Series title going to the victor. There are some new wrinkles however with the universal DH implemented as well as a runner starting off on second base at the beginning of every half inning in extras; take note total bettors! In other news, the Champions League announced it will return August 12 with an eight-team knockout tournament that runs through the 23rd of August. Tennis announced that both the ATP and WTA will return to their respective courts for tournaments in early August. The hope is that each is able to get a pair of tourneys in before the U.S. Open which remains tentatively scheduled for August 31. Though players are seemingly testing positive for the coronavirus on a daily basis, the NBA, NHL, NFL and college football are still full speed ahead. Sports are finally giving sports bettors a sense of normalcy regardless of there being no fans in the stands. Here’s a look at what’s going down at online sportsbooks through the final weekend of June.

The main attraction on the pitch this weekend will be in the German Bundesliga where the league is playing out the final slate of the regular season on Saturday. All 18 teams will be in action with nine matchups lined up bright and early at 9:30 a.m. ET; set those alarm clocks! The English Premiere League has two matchups set to go down this weekend. Aston Villa will square off against Wolverhampton (-127, 2) on Saturday, while Watford vs. Southampton (+183, 2.5) gets the showcase treatment all to themselves on Sunday. Italy Serie A and Spain La Liga betting action will be in full force on Saturday with seven matchups to dig your teeth into. Then the week closes out with a loaded 10-game slate on Sunday; cheers!

Up next on the NASCAR circuit is the Pocono Organics 325 and Pocono 350 from the Pocono Raceway in Long Pond, PA. Ryan Blaney came out the victor at the GEICO 500 by the slimmest of margins on Monday night to earn his first win of the NASCAR betting season. He checks in as a +1100 underdog along with Joey Logano to come up with back-to-back wins on Saturday. Kyle Busch +500 is the linemakers favorite to win the race followed by Kevin Harvick +600, Chase Elliott +700, Denny Hamlin +700, Martin Truex Jr. +750 and Brad Keselowski +800. These drivers have seemingly alternated winning all the races since NASCAR returned to the track. Could this be Bubba Wallace’s +8000 time to shine? It’d sure be a storybook ending if it happened! Tune-into FOX at 3:30 p.m. ET to see how it all plays out.

The UFC APEX in Sin City will be rocking once again on Saturday night with limited bodies in attendance for another addition of Fight Night in UFC Vegas 4. The Dan Hooker vs. Dustin Poirier (-225, 2.5) bout checks in as the main event though many will be interested to see what antics Mike Perry (-335, 1.5) will have in store for Mickey Gall in their co-main event matchup. Other intriguing matchups set to go include Gian Villante vs. Maurice Green (-230, 2.5), Tanner Boser vs. Philipe Lins (-120, 2.5) and Khama Worthy vs. Luis Pena (-250, 2.5). In all there will be 11 bouts for MMA bettors to make some money on. The main even card is set to go at 8 p.m. ET and can be seen live on ESPN+.

The KBO will have a total of 10 games going over the weekend with five going each day. All eyes will be on the series between NC and Doosan with the Dinos currently perched atop the standings and the Bears just 3.5-games back. If the KIA Tigers are to make a move in the standings, they best show up for this weekend’s series against the Kiwoom Heroes who currently hold down second place in the league. Japanese Nippon Professional Baseball League action is also set to go down this weekend with Saturday’s nine-game schedule to play out before Sunday’s abbreviated three-game slate. Also be on the lookout for readjusted MLB season win totals as well as odds to win the World Series, leagues and divisions to hit the board in short order.

E-Soccer and E-Hockey will once again offer up a multitude of matchups through the weekend. CS:GO will have action going down in CS_Summit, Perfect World Asia and WePlay! Clutch Island leagues. Lines for Sunday’s DOTA 2 One ESports Sea League are currently on the board with more options likely to follow, while League of Legends has a loaded slate with 15 different leagues possibly in action. Saturday is a big day for Overwatch bettors as well with a six-pack of tussles all lined up. Wager and watch it all go down live right from Bookmaker’s backend!

Eight exhibition Madden NFL20 matchups are lined up for the weekend with the final and consolation game of the “Upside Down Seed” tournament possibly in the mix if they don’t go down on Friday. The Seattle Seahawks punched their ticket to the final round by disposing of the Los Angeles Chargers by a 28-13 final score, and they’ll meet the division rival Los Angeles Rams who got the best of Lamar Jackson and the Baltimore Ravens in the finals. Keep your eyes peeled to Bookmaker.eu and our social media channels for news of next week’s new Madden tourney! Playoff series and exhibition matchups are slated for NBA2K20, MLB The Show 20 and NHL20 EA Sports through the weekend as well. Sunday night will once again be reserved for UFC EA Sports 3 with another exciting card in the offing. Matchup announcements should be released on Friday via PrimeTimeAction with odds to hit the board at Bookmaker.eu immediately after. Each and every one of these sport sims can be watched and wagered upon live on their respective family of streams at @PrimeTimeAction on Twitch.TV.