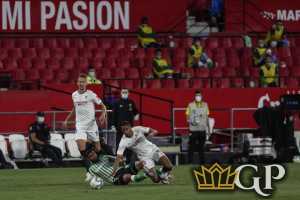 Weekend Sports Betting Schedule for the weekend of June 13-14. Sports betting odds at the online sportsbook.

Now a number of players are stating their undetermined as to if they’ll head to Disney to partake in the NBA’s end of season festivities. Regardless, David Silver has stated the league will be back at the end of July. The NHL and NHLPA have agreed on Friday, July 10 as the opening date for formal training camps. From there, the league will then decide when its playoff tournament will kick into high gear. Major League Soccer will have training camp opened towards the end of June with a target of July 8 as a start date for the regular season to commence. Baseball Commissioner Rob Manfred is determined to have some sort of MLB season in 2020. The same can’t be said for the players who continue to refuse team owners’ demands for salaries. There’s still time to get a season in, so fingers crossed both sides can come to an agreement. It remains all systems go for the NFL and college football with the coronavirus old news now that every major city in the country continues to deal with protests and upheaval. Here’s a look at what’s going down at online sportsbooks through the weekend of June 13-14.

La Liga returned to the fold for soccer bettors on Friday. It joins The Bundesliga and Belarus Vysshaya Liga as the premiere leagues to wager on to this point. That will all change in the coming week with the English Premiere league set to return to the pitch on June 17 and Serie A on June 20. Other leagues in action this weekend include HNL League 1, Czech Republic Cup, FNL and Gambrinus, Denmark 1st Division and Sas Ligaen, Germany 3.Liga, Hungary NB 1, Lithuania A Lyga, Poland Ekstraklasa and Liga 1, Portugal 1 Liga, Romania Liga 1, Serbia Superliga, Slovenia Prva Liga and Ukraine Premier League.

Martin Truex Jr. was the first to race passed the checkered flag on Wednesday night to win the Blue-Emu Maximum Pain Relief 500. NASCAR betting will now head to the Homestead-Miami Speedway where extreme temps are likely to be a factor in deciding the winner of Sunday, June 14th’s Dixie Vodka 400. Truex Jr. +500 currently sits behind Kevin Harvick +450 and ahead of Kyle Busch +550 to win the race. Also going down on Saturday is the NASCAR Xfinity Series Hooters 250 at 2:30 p.m. ET and the NASCAR Truck Series Baptist Health 200 later in the night. Chase Briscoe is the +225 odds on favorite to win the Hooters 250, while Kyle Busch is the decided -143 favorite to win the Baptist Health 200.

Cynthia Calvillo and Jessica Eye are the headliners for Saturday night’s UFC Fight Night to be held at the UFC APEX in Las Vegas, Nevada. Eye is currently installed the modest -120 favorite to come out victorious with the O/U set at 4.5 rounds. Heavy -220 juice is attached to the over, so it looks like the betting markets expect those tuning in on ESPN+ to get their money’s worth!. Other notable matchups on the undercard to hit the UFC APEX mat include Karl Roberson vs. Marvin Vettori -225, Mark De La Rosa vs. Jordan Espinosa -165 and Charles Jourdain vs. Andre Fili -240. Take all the action in live on ESPN+ at 9 p.m. ET.

CS:GO has two matches in the Rainmaker open going on Saturday, while DOTA 2 bettors will get to sink their teeth into the BTS Pro Series Americas and SEA with six matches slated to go. It’s a huge weekend for League of Legends fans with a whopping 33 matches scheduled to go on Saturday and another 16 locked in for Sunday with championships on the line all over the country! Overwatch has five matchups to wager on locked in for Saturday, and the Rocket league closes the weekend’s e-sports betting card out with a pair of matches scheduled for Sunday. Wager and watch it all go down live right from Bookmaker’s backend!

With the finals and consolation matchups set to go down on Friday in the Blind Draw - High Seed Home Field Prime Time Championship Episode 6, there won’t be any tournament action lined up for the weekend for Madden NFL20. It will kick-off again next week with our “Upside down Overall Seeding” tournament which takes into account the final standings from the 2019-20 regular season and flips them for seeding purposes. Be on the lookout for the round 1 matchup betting lines and futures odds to win the tournament early next week! This weekend’s slate is loaded with exhibition matchups; another 16 to be exact!  Playoff series and exhibition matchups are slated for NBA2K20, MLB The Show 20 and NHL20 EA Sports through the weekend, but all eyes will be on another installment of UFC EA Sports 3 set to go down Sunday night! The incredible fight list includes Dan Severn vs. Minotauro Nogueira -164, Chael Sonnen -167 vs. Kelvin Gastelum, Jorge Masvidal vs. Conor McGregor -126, Chuck Lidell vs. Wanderlei Silva -140, Tito Ortiz vs. Jon jones -189 and Lyoto Machida -196 vs. Shogun Rua! Each and every one of these sport sims can be watched and wagered upon live on their respective family of streams at @PrimeTimeAction on Twitch.TV.