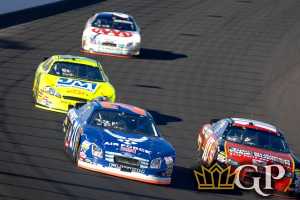 Weekend Sports Betting Schedule for the weekend of July 3-4. Sports betting odds at the online sportsbook.

The month of July has arrived. That means that the NBA, NHL and MLB will supposedly return to their respective playing fields later this month. That’s right folks, normalcy in the sports betting world only looks to be a short three weeks away. However, players, coaches, trainers and family members are all still testing positive for the coronavirus. On top of that, Florida is a hot-bed for infection right now and the NBA is willingly bringing 22 of its teams right into COVID-19’s path. While certain league commissioners are still saying all the right things about how the country mustn’t continue hiding from the virus, something tells me something happens over the next few weeks that squashes the NBA’s return. If nothing else, hopefully MLB returns. Here’s a look at what’s going down at online sportsbooks through the weekend of July 4-5.

A loaded EPL card is set to go down through the weekend with nine matchups spread out across Saturday and Sunday. German Bundesliga action takes the weekend off, but Serie A will be locked and loaded with three tilts to go Saturday and another seven on Sunday. La Liga closes out the Top League action on Saturday with a trio of matchups. A countless number of European leagues will also be in action through the weekend, so you should be able to find something to your tastes.

Up next on the NASCAR circuit is the Big Machine Hand Sanitizer 400 from the Indianapolis Motor Speedway in Speedway, IN. Denny Hamlin and Kevin Harvick were the respective winners of the Pocono 350 and Pocono Organics 325 last time out. With that, does it really come as a surprise to see linemakers installing them the top dogs to come out on top this Sunday? Harvick +400 is the favorite followed by Hamlin +550, Kyle Busch +550, Brad Keselowski +750, Joey Logano +750 and Chase Elliott +1000. In case you were wondering, Bubba Wallace clocks in at +12500 after finishing 20th in the last race. Tune-into NBC at 4 p.m. ET on Sunday to see how it all plays out.

The Basketball Tournament tips off on the 4th of July which gives basketball bettors a dose of betting on live action in the states for the first time since March. This 5-on-5 winner take all tournament will award a grand prize of $1+ million dollars to the last team standing. Unfortunately, COVID-19 has already wreaked havoc on the event claiming its third team to force backup plans into action. Still, TBT officials remain steadfast in their safety plan to reduce risk. In other words, the show must go on. First round action begins on Saturday with four matchups followed by another four on Sunday. Each and every one of them can be seen live on the ESPN family of networks.

The KBO will have a total of 10 games going over the weekend with five going each day. The NC Dinos have the toughest matchup of the contenders lining up against the 5th place KIA Tigers, while both the Doosan Bears and Kiwoom Heroes get to beat up on the bottom feeding KT Wiz and Hanwha Eagles. NC currently holds a 3-game lead over Kiwoom and 5.5-game lead over Doosan. Japanese Nippon Professional Baseball League action is also set to go down this weekend with Saturday’s nine-game schedule to play out before Sunday’s abbreviated three-game slate. Readjusted MLB season win totals as well as odds to win the World Series, leagues and divisions have hit the board, so shop around and find yourself some line value!

From E-Soccer to CS:GO to DOTA 2 to League of Legends to Starcraft 2, a full lineup of E-Sports betting is all lined up for the weekend. Go ahead and make your wagers then follow all the action live on Bookmaker’s backend!

Numerous exhibition matchups are lined up for the weekend in Madden NFL20 with both days of the weekend chock full of action. Though there won’t be any Major League Baseball to wager on this 4th of July, there will be plenty to wager on in MLB The Show 20 with five exhibition games locked in for both Saturday and Sunday. Teams opposing one another include White Sox/Cardinals, Reds/Braves, Indians/A’s, Astros/Mets and Dodgers/Padres under the lights of Petco Park. NHL20 EA Sports should have some exhibition offerings as well. Sunday night will once again be reserved for UFC EA Sports 3 with another exciting card in the offing. Matchup announcements should be released on Friday via PrimeTimeAction with odds to hit the board at Bookmaker.eu immediately after. Each and every one of these sport sims can be watched and wagered upon live on their respective family of streams at @PrimeTimeAction on Twitch.TV.