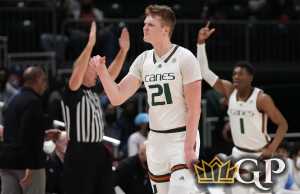 Though the Division Round of the NFL Playoffs kicks off this weekend, there’s still a lot to like about the college basketball betting slate at online sportsbooks through the weekend. Here are my top rated selections for this weekend’s action.

Though the Division Round of the NFL Playoffs kicks off this weekend, there’s still a whole heck of a lot to like about the college basketball betting slate being offered up at online sportsbooks through the weekend. I mean, does it get much better than Kentucky and Auburn serving as the appetizer to lead us right into the NFL slate? We ended up splitting our four selections last week mostly due to Oklahoma simply being unable to fend off what proved to be a game TCU squad, and Colorado State skunking San Jose State to the point that it never had a chance to go over. We did end up cashing tickets with Mizzou against Texas A&M and the under between Penn State and Ohio State. Let’s add to the bankroll this time around! The following are my top rated selections for this weekend’s college hoops betting action – Slam Your Man!!

Due to having their first showdown postponed earlier in the season because of COVID, The Hall and Johnnies will be partaking in a back-to-back with the first tipping off Saturday at noon ET on the MSG hardwood. Though it’ll be early and these rivals have played to low scorers in each of their previous four skirmishes, I’m expecting some points to hit the board in this one. The pace should be frenetic with each squad ranking amongst the top-46 in adjusted tempo; St. John’s clocks in at No. 7! This should be a fun one for sure, but look for Julian Champagnie and his mates to be extremely determined after getting rolled up and smoked at Creighton last time out. Should they go down double-digits early, I’d have no issue backing the Johnnies on the readjusted live betting line. Pre-game, I’m on the over!

I couldn’t believe linemakers installed the Canes home dogs to North Carolina earlier in the week. That was as easy as shooting fish in a barrel! While the regression monster is destined to take a bite out of Miami soon, I’m hoping we continue to get discounted prices with Jim Larranaga’s kids. With The U currently sitting atop the ACC standings, that ship just might’ve sailed. However, I’d still be comfortable laying a couple possessions here with Kameron McGusty, Isaiah Wong and Charlie Moore versus what I believe to be a lesser Noles outfit than we’ve seen in recent seasons. FSU scored the 65-64 win and non-cover against Miami 10+ days ago due to getting some home cooking from the refs. Even after holding a decisive 35-22 rebounding advantage, FSU still needed to hold on for dear life just to pull out the 1-point win. Miami’s the better team here kiddos, and I expect them to exact revenge in a big way.

So I’m starting to think the Arkansas team most CBB bettors expected to take the hardwood this season has finally awoken from its slumber. Since failing to log a single win or cover in its first three SEC standoffs, the Hogs have rattled off three straight both SU and ATS to even their conference record up. One of those losses occurred in College Station. A&M shot the lights out in that one (56%) and forced 18 Arkansas miscues. However, I really liked that the Razorbacks only shot one less free throw than the home team (30-29). That tells me JD Notae and his mates will be getting to the line even more in the rematch back home on their own hardwood. A&M might own a solid road record, but its two SEC road wins came at Mizzou by three as 5-point chalk and Georgia by two as 6.5-point chalk. They’ll be catching 5-7 points on Saturday night and it won’t nearly be enough!

U of A has been nothing short of a revelation to kick off the season. Tommy Lloyd has got his kids dialed in and ready to go seemingly every tip! This however could prove to be a tricky spot running up against a .500 Cal team that plays a gritty brand of defense and attempts to slow every one of its games down to a crawl. It’ll be interesting to see how the Wildcats react in this sleepy Sunday afternoon spot with the hated UCLA Bruins on deck in Pauley Pavilion. The Golden Bears will enter this one well-rested looking to snap a four-game losing streak. If taking what will likely be a double-digit amount of points doesn’t sit well, look to the under instead as I fully expect the Wildcats to want to get in and out of this one as quick as possible. Problem with that is Jordan Shepherd and his mates are gonna give ‘em a game!